When you’re ready to get your foreign language credit in college, you probably fall into one of two categories. You either know exactly what language you’ve always been passionate about wanting to learn, or you have no idea which one to choose.

If you fall in the second category, you might appreciate a little direction in your options. Most colleges offer a selection of European languages for their students. There are different traits in each language that make them all worthy choices.

To help guide you in narrowing down the course that makes sense for you, we’ve studied the most common languages offered at popular colleges. Then we put together a list of the top five best European languages for students to master during their higher education.

A predominant language in America, with fluent Spanish-speaking residents of the country numbering over 41 million. Over 20 million more Americans claim to speak the language well enough to hold a conversation, and these numbers continue to rise.

South and Central American countries are within a few hours' ride from the United States. Mexico abuts the southern border so thoroughly, their culture and ours can't help but intermingle.

So many people speak this language that it’s no wonder knowing fluent Spanish is one of the most in-demand business skills. It’s sought after in industries such as medical, law, social work, and education.

If you choose to take Spanish, you can work hard, knowing you will most likely use your new knowledge often in your future.

In the United States, French is not as predominant as Spanish, but it's quite common in the rest of the world. In fact, it’s one of the top languages spoken on five major continents. Twenty-nine countries hold French as their official language.

Over 300 million people speak French around the world, but this includes multiple dialects depending on the area you’re in. It's a language so mired in tradition and respect that it's the only one spoken in the European Union Court of Justice.

Because of the proximity to Canada, students in northern America are often offered French as their primary language of study. It's even easily accessible as early as middle and high school. Many provinces in the country speak a dialect of French as their mother tongue.

French and English are the only languages that are consistently offered at schools in every country. Because of this global accessibility, it often defaults to the chosen language in international industries.

Should you plan to work in a career that may take you globe-trotting, French is an excellent second language to have in your toolkit. It’s especially useful if your goals include a career in architecture, culinary arts, dance, fashion, or generalized art.

Just because China isn’t in Europe, doesn’t mean it isn’t valuable when speaking to Europeans!

Chinese probably isn't usually the first language students think of when deciding on a foreign language credit. But Chinese, particularly the Mandarin dialect, is a dominant language used by over one billion people in the world.

This is likely because China is the world’s most populated country, with almost 1.5 billion residents. Since the country is also one of the top leaders in industries like technology, oil, e-commerce, and construction, it’s considered one of the major world powers.

China’s dominant economic power role has continued to grow in recent decades. Industry leaders in America are always looking for employees who speak Chinese. They need people who can interact with business associates in potential transactions.

Being able to speak fluent Chinese is a useful skill to have in fields such as business, finance, and international relations.

Another language overlooked by many students is German. Listening to native speakers might seem intimidating, but it’s actually one of the easier languages to learn. Over 132 million people use it daily.

One reason English-speakers find it easy to transition to German is that it has the same alphabet. Some of the words sound similar in both languages.

German is the second most common language used in the field of science, so if that's your career of choice, this is a good foreign language to opt for. German is also frequently used in written communications, especially scientific journals.

Germany is a quiet economic power, but it actually has the largest economy in the European Union. The language has a long tradition in history and is well-respected around the world.

Portuguese is one of the most common European languages used today. It is increasing in popularity as Brazil becomes an economic power. Because of this, the demand for people who can speak Portuguese is higher than ever.

In perspective, Portuguese comes in at number six in the list of the top languages spoken around the world. But only one million of the 260 million people who use it are native speakers.

Brazil has crept slowly into the spotlight as a powerhouse in major sectors. These include agriculture, automotive industries, renewable energy solutions, fossil fuels, and healthcare. Learning this romance language will serve you well if you’re looking for a career in these industries.

You should decide the choice of which foreign language to take strategically. If there’s one you’ve always had a passion for, and it can further your career, it’s a simple decision.

Otherwise, picking which European language to study in college comes down to how well it will serve you in your career.

Each language is beneficial in its own way, but which one will you use most?

This list of the top five European languages offered in colleges around the country can help you decide which one is for you. Once you’ve chosen yours, aim for full mastery and fluency — it will serve you well in the future! 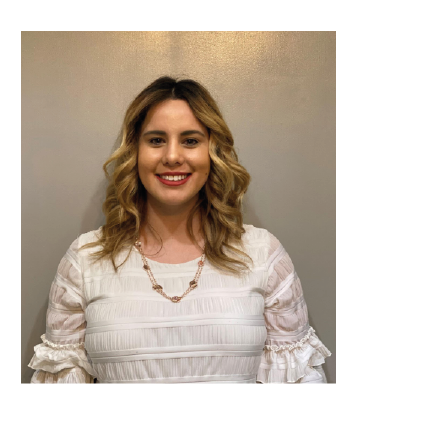 Karen Lein is the General Manager of Copper Beech Townhomes and Grove San Marcos. She is a Fresno State alumna and enjoys traveling and watching football. #GoDogs

German is, indeed, the most useful in my opinion.

..Very true! But how about learning Dutch? A very underated and beautiful language!

Very interesting, I have a curiosity to learn mandarin, Japanese and German.

German is the most useful one in my idea, and maybe the hardest to learn but as german society is getting older they need more educated immigrants too. And since I have good Norwegian language knowledge I can say some words are so close to Norsk too in German for example kompetance which means qualification in both languages.
thank you for the post and useful information
Sina

German is beautiful, glad I speak it! Deutsch ist fabelhaft!

As I'm Italian and English speaking this post is really interesting and is showing a lot of good ideas on how to use the languages in your own business and life.

Find out about the latest developments in 2019 here at Europe Language Jobs!

Whether English is your native language or you enjoy speaking English as a second language, there are so many English speaking jobs in Europe