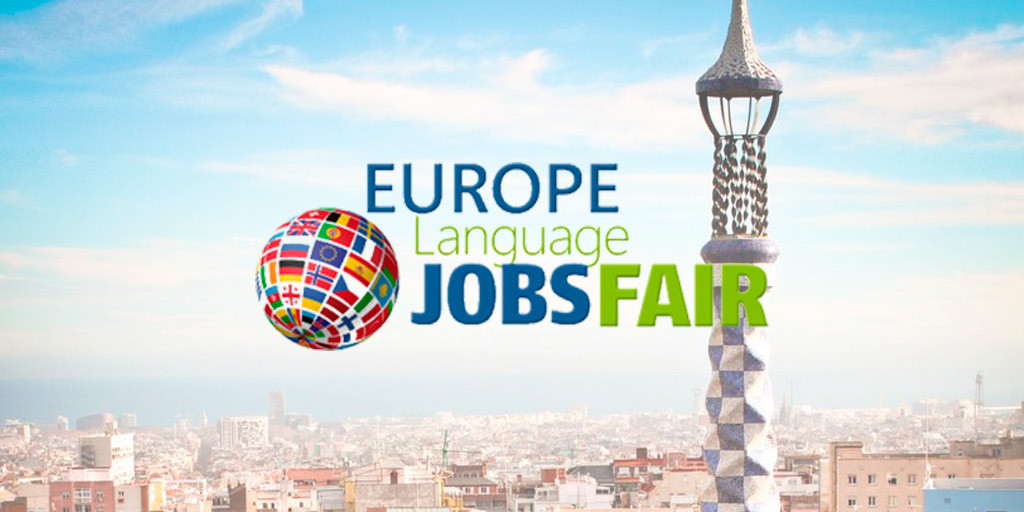 Firstly we want to thank all those who participated and helped make our first ELJ Multilingual Job Fair; which took place on Saturday, 5th of October at the conference room of the Hotel Catalonia Plaza, a success.

We were extremely pleased with the feedback we received from both Employers and Candidates. We have already begun planning our next Job Fair to be held next year.

We met three candidates who flew in from Belgium just for the  job fair and here is what they had to say;

The Europe Language Job Fair was a nice opportunity to get in touch with different companies and recruiters. We, as Belgians, speak a lot of languages (English, Dutch, French, and German). That's why some recruiters were interested in our capacities. We dropped our CV in order to get in contact with different companies. The event was well organized and with an overview, we got at the entrance we could find the right companies. A lot of people were present at the fair, so congratulations to Kim Stenger for organizing the event.  - Doreen De Cordt, Aïcha Naesen, and Danuta Peeters - Belgium

Some more of what a few of the candidates had to say about the day!

I'm glad to have attended this job fair. The recruiters are patient and involved. - A French candidate speaks French, Spanish and English.

A huge thanks to the organizers for giving such a good and nice event. Well organized event. Thank you. – A multilingual Pakistani candidate.

I'm very satisfied and happy to have come here. – A French candidate who also speaks Spanish and English.

The European job search is an interesting way to do some networking. – Anonymous multilingual candidate.

Thanks! – A Slovak candidate who speaks Slovak, Czech, English, German and Spanish.

There should be more job fairs like this! - Nicaraguan candidate who speaks Spanish, English, French, Italian and Portuguese.

It was great! – A multilingual Nigerian Candidate who speaks English, Spanish and French.

Great fair, hope to be invited to the next one! – A multilingual Spanish candidate who speaks, Spanish, English, Valenciano, and French.

This was useful and productive! – A Pakistani who speaks Urdu, Punjabi, English, and Spanish.

A well-organized event in a convenient location. – Anonymous multilingual candidate.

Very useful and the recruiters were very friendly and nice. – A multilingual Spanish candidate, speaks Spanish, French, and English.

Thank you for sharing this experience and thinking about bilingual profiles. Very much appreciated. - A multilingual Spanish candidate who speaks, Spanish, English, Catalan, and French.

Thanks for organizing! We would be happy to assist in future events! - American Barcelona Society.

Found it very helpful - A British candidate came all the way from England just to attend the fair.

It was a really great experience! – A polish candidate who speaks Polish, English, and Spanish.

Well organized event with a pleasant atmosphere. Thank you! - A polish candidate who speaks Polish, English, and Spanish.

I discovered Colt and Booking.com. My expectations were satisfied. – An Argentinean, speaks Spanish and English.

Thank you! I really enjoyed the fair! - A polish candidate who speaks Polish, English Spanish, German, French, Catalan, and Russian.

The people were very helpful, honest and knowledgeable.– An American citizen based in Barcelona. Speaks English, Spanish, and Catalan.

Thank you. – A Turkish candidate, speaks Turkish, English and Spanish.

We found 6 amazing language facts to celebrate International Mother Language Day on February 21st. Some you will never have guessed!

HOW TO STAY POSITIVE AFTER A JOB REJECTION

Stay positive and do not lose motivation after being rejected from a job. Focus on these five benefits that rejection has.