Are you a German speaker, looking for a place to relocate to, outside of your own country? Moving abroad and becoming an expat can seem like a terrifying thing to do, but it's all the while worth it. Life as an expat is challenging and rewarding all at once. By living as an expat, you develop a selection of hard and soft skills that will significantly benefit your professional and personal life.

Now it's time to hand it over to Miriam to share her experience as a German expat living in Spain...

Where in Germany are you from?

Miriam: From a town near Dortmund, it’s close to Cologne in Western Germany

How long have you lived in your new location?

Miriam: I moved to Barcelona about 3 months ago but I’ve already lived in Madrid for half a year back in 2017

Why did you move to Spain and what do you do as a career/what do you study?

Miriam: I study international business and languages and during our third year, we have to do our internship abroad. I chose Spain because I love the Spanish lifestyle and the people here but also I want to improve my Spanish.

How easy or hard was it to find a job?

Miriam: There are a lot of possibilities for Germans looking for a job abroad, especially in Southern and Eastern Europe. I mainly applied to German and English speaking jobs in Spain and since there is a high demand especially for Germans abroad, it was relatively easy to get job interviews.

Did you move there alone?

Miriam: Technically yes, but some of my friends from my university are also doing their internship here in Barcelona. But we didn’t plan on moving here together.

What languages do you speak?

Miriam: I speak German, English and Spanish as well as basics of French and Dutch.

How did you find the transition? Did you settle in easily?

Have you met many international people whilst living abroad or have you mainly made friends with other German expats?

Miriam: It’s a mix of both. I’ve met many international people at work as well as through Erasmus but I also made friends with other Germans.

What is the best advice you would give to other German expats moving abroad?

Miriam: Be open-minded and don’t compare your cultural standards to the new culture you’re living in. Try out new things and also make friends with locals.

How does the cost of living in Spain compare to back in Germany?

Miriam: It really depends on the lifestyle as well as the region you’re from in Germany, but in my case, the cost of living in Barcelona is way higher than in Dortmund.

What do you enjoy the most about living in Spain and what do you least enjoy?

Miriam: Definitely the weather, the people and the way of life here is a bit more easy-going. In general, I enjoy living in a big city such as Barcelona but sometimes I miss the quietness of my hometown.

What do you miss about Germany the most?

Miriam: What I miss most about Germany is probably the typical German bread, drug stores (DM, Rossmann) and the German highways.

Can you provide recommendations for blogs/websites/apps for other German expats to use?

Miriam: Before I came here I joined a lot of Facebook groups for internationals as well as for Germans living in Barcelona. In these groups, I found many useful tips on finding a room but also on what to think about before moving to Spain and how to register here.

If a German expat is coming to Spain with Erasmus, there are also many Erasmus groups and apps with useful tips and participating in Erasmus events/ trips is a great way to get to know more international people.

From these interviews, we gathered some amazing insights into what life abroad is like for German speakers, including their top tips for new expats and what they miss the most… Do you feel encouraged to move abroad? There are so many German-speaking opportunities in exciting cities across Europe. Your German language skills are in demand more than ever before, it's time to discover what's waiting for you!

Also studied Intl. Business / TM and am about to relocate to BCN.

Great experience. Spain is a very beautiful country for living in!

HOW TO CELEBRATE CHRISTMAS AWAY FROM HOME

Christmas away from home is always tough – if you’ve never experienced one then take it from the rest of us. But if you live and work abroad then it is often a reality. 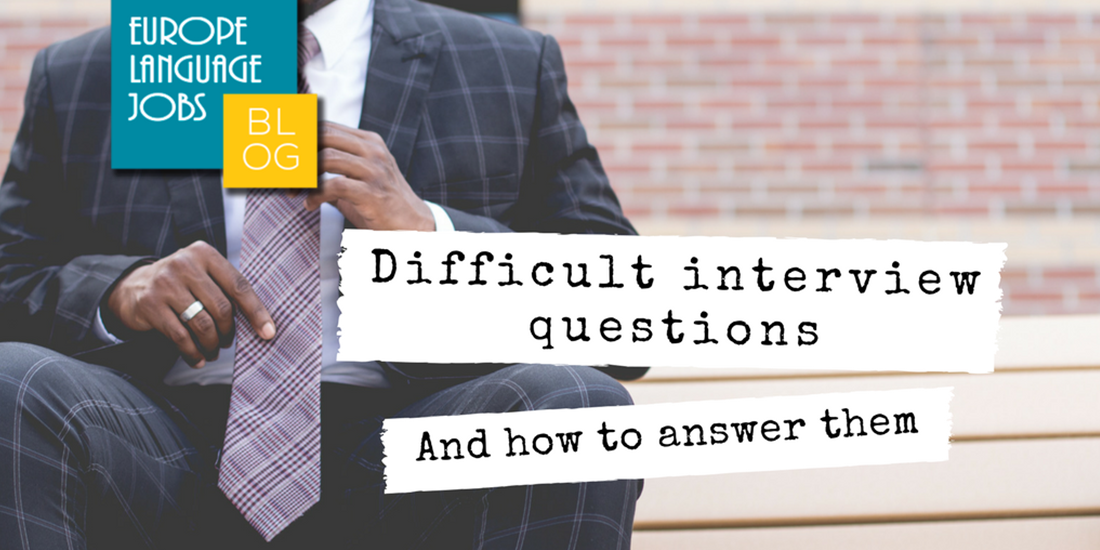 MOST DIFFICULT INTERVIEW QUESTIONS AND HOW TO ANSWER THEM

Preparation is key before going to an interview, which is why we have compiled a list of the most difficult interview questions for you and how to answer them.