Native or Non-native: Who makes a better English teacher?

It is a battle that has raged across social media groups of languages teachers and teachers’ forums for years.

Who makes a better teacher of a language: a person who learnt it naturally and speaks it perfectly with the “correct” accent, or someone who has gone through the same process as the student?
With over 1 billion learners, English is the most learned language in the world and generally speaking, native speakers have the pick of the English teaching jobs...

Any NNEST (Non Native English Speaking Teachers) who have looked for job will have become well acquainted (and doubtless frustrated) by this phrase.

One thing is for certain: both NESTs (Native English Speaking Teachers) and NNEST (Non Native English Speaking Teachers) can make great teachers; it just depends on the individual.
But NESTs have a head start in that the vast majority of jobs require native speakers. In fact, on tefl.com, a leading website for English teaching jobs, only 30% of jobs don’t require the applicant to be native.

The reality is that it all depends on the individual. I think it’s fair to say that a native speaker, who is highly qualified and experienced, who speaks the mother tongue of their student(s), is the best case scenario, in terms of what a student wants.

It is important that the students (and often parents) feel that they are having/paying for an authentic “English” experience. The teacher’s nationality is almost like a brand. Everyone wants the product made by a brand they know and trust, even if sometimes the non-branded equivalent is just as good or even better quality and more efficient.

This may not seem important but, as in any industry, the paying clients demand and shape the product according to what they want.

However, particularly in a country like Spain, which has a huge number of TEFL positions compared to the rest of Europe, this type of ideal, a native teacher who ticks all of the boxes is something of a rarity.

It wasn’t for me

The majority (but not all) of NESTs in Spain are inexperienced, under-qualified and - to put it bluntly - not there to teach. Teaching is not their end goal, it is simply a way to spend some time abroad and learn a new language.

This was me 3 years ago. I was looking for jobs in Spain and I wasn’t too fussy about what they were. I’m not saying that I was a bad teacher. My students clearly enjoyed the classes, their marks were always first rate and their parents were happy – job done.

But for me, teaching served its purpose. I made great contacts, learned two languages and got to know a new culture but it was never going to last more than a year or two. I felt a strange cocktail of emotions. Boredom, stemming from not being challenged in my work, was the most noticeable and at the same time I suffered from a strong bout of Impostor Syndrome.

I had very little teacher training and I was probably picked ahead of other, likely more qualified candidates, because of my nationality. So you can add a dash of guilt to the aforementioned cocktail...

In short, it wasn’t for me, and although I have no regrets, I came across some incredibly talented, dedicated and successful NNESTs. I also came across many people who weren’t even interested enough in their job to deliver a decent lesson.

It’s almost too easy for someone with the natural title of ‘Native’ and a university degree to walk into a job in a country like Spain where the demand for their language is high and jobs are plentiful.

This, I believe, is what has given native teachers a bad press in recent years.

Not native? No problem.

Assuming that you are from the same country as your students, being a non-native English teacher can definitely be a serious advantage. If you too have embarked on a frustrating language learning quest, then you have a serious amount of experience in what you are training others to do.

Having learnt English from the same language as your students means that you already know what they will struggle with and what will make more sense to them. If you were to go on a long and treacherous journey would you rather have a guide who had the map, or the guide who not only had the map, but had done it before? 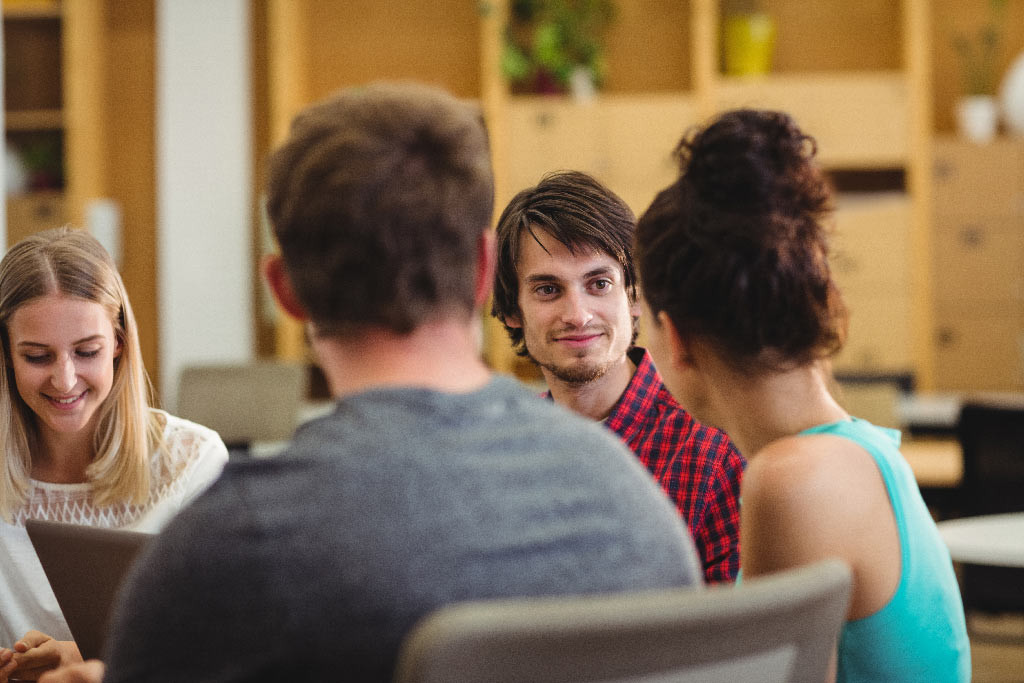 This is a disadvantage for NESTs. Monolingual teachers (which, let’s face it, a good number of native English speakers are) will struggle to empathise or comprehend when students find certain concepts difficult. Multilinguals know how hard is can be.

For example, Latin languages have just one verb that covers both to do and to make. Having nothing to compare their own languages with, a NEST will find it very difficult to understand why their students consistently confuse to make and to do when it seems so important and different to us.

A native didn’t have to put any effort into their acquisition of English. Their language expertise slipped into their skill set subtly and unnoticed. Monolingual speakers have little or no experience of what it actually means to learn a language. They never struggled over pronunciation or those bizarre phrasal verbs which litter the English language and make no sense at all.

At the same time, there are advantages to your teacher being unable to speak your language, the main one being that your only way to communicate with them is to speak their language (the language you’re learning) but you can hit a dead end whereby neither of you has any idea what the other means and the point of the conversation or exercise is lost.

Whereas a teacher from your country could explain it in seconds – without necessarily having to switch back to the language that you naturally share. This however, is the danger of learning from NNEST from your country. It is always far too easy to slip back into the comfort zone of the mother tongue.

This is why my 3 years of French classes resulted in me only being able to say, ‘Est-ce que je peux parler Anglais?’

So, who would you rather have as your teacher? Despite hearing about the potential risks that come with NESTs the likelihood is that you would still value the authentic feel of conversation with a native speaker. After all, they are what you are ultimately aspiring to emulate.

This is perfectly natural and justified but don’t be so quick to allow nationality to influence your decision when choosing a teacher – there are much more important factors to consider! 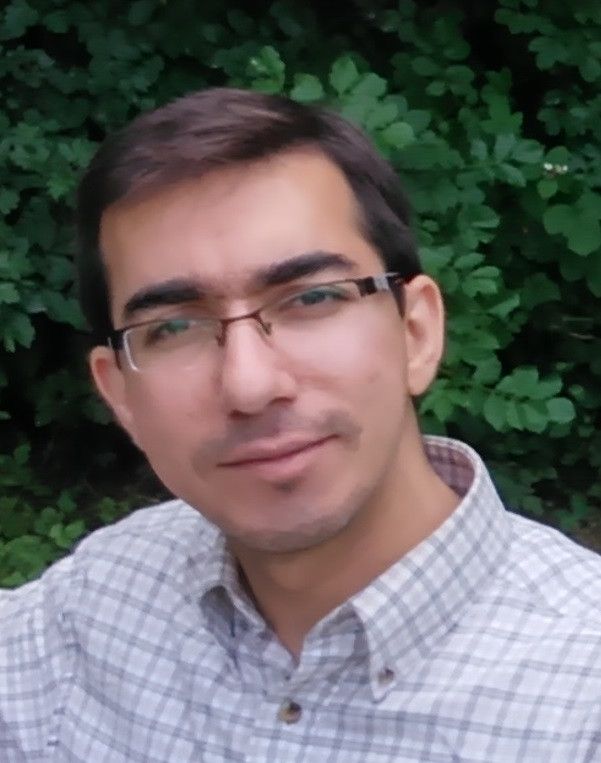 From a structural point of view, a non-native language teacher could help the students understand the nature of the destination language better.
Suppose you are Italian and know Italian and English. If you want to teach English to another Italian you can compare it with grammar and phrase structures of Italian language. This would help the student to have a better general understanding of the hidden layer of the language and go on more easily with the study.
Of course my idea depends on the assumption that you give enough care about the languages and their structures. Otherwise, you may know how to speak English or Italian, but you are not able to teach them.

posted 2 years ago by Iman 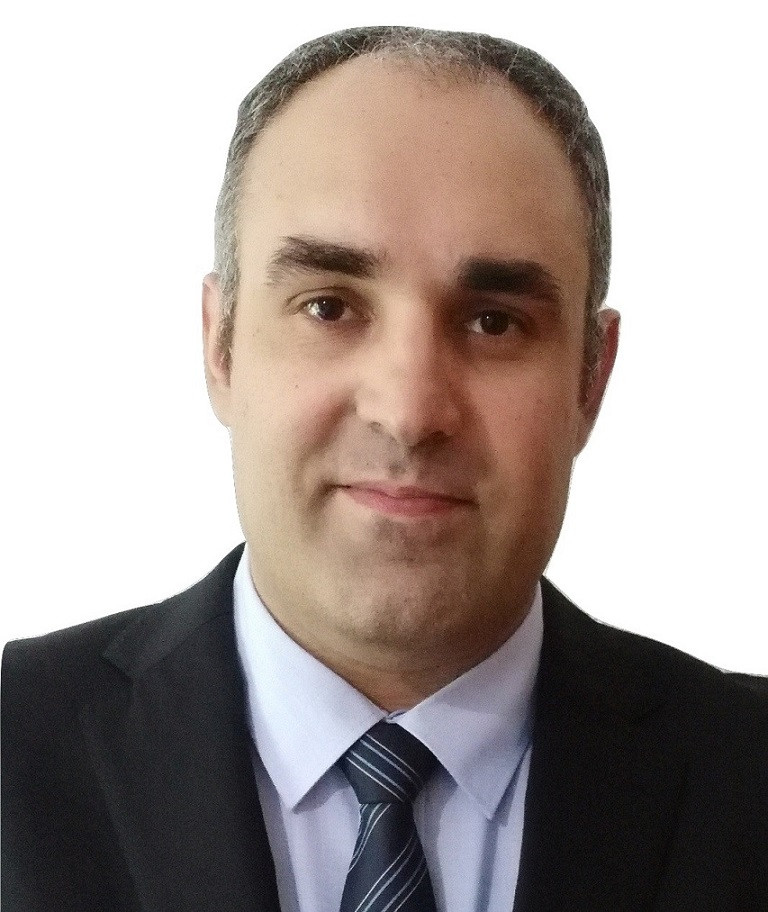 I believe that native teachers can offer a more complete teaching, because they have a greater knowledge of vocabulary and structural grammars. For example, in English, native speakers know correctly how to use phrasal verbs, which are very complex to use.

posted 2 years ago by David 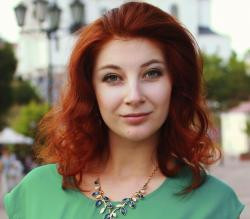 I've been lucky to have experience of being taught by both NNESTs and NESTs, and from all of them I received valuable knowledge. NNESTs have a good idea which challenges the student faces in grammar, for example. Meanwhile, NESTs perfectly show how the words should be pronounced and also, which is important, they naturally use an up to date vocabulary.

posted 2 years ago by Anastasiya

posted 2 years ago by Cinzia

Having a native speaker as your teacher does not guarantee good teaching. That has to do with professional skills, personality, knowledge of other cultures, experience living abroad, and so on.
Of course, in the case of pronunciation you would want someone who speaks English correctly. Then again, what does that mean for American English, Australian English, and so on? There are pros and cons and it is not as black and white as you would think.
I know quite a few English people who do not distinguish between 'practice' and 'practise', and make mistakes in using 'then' and 'than'. Qualifications may be a good indication of someone's competencies - but then again, I am Dutch and passed the TEFL tests with flying colours, and I have no teaching experience whatsoever.
One of the things I would strongly recommend to anyone looking for a language teacher is to look for someone who has lived in another country than his or her home country for a certain period of time (at least six months). Living in another country makes a huge difference when it comes to understanding how difficult it is to adjust to a culture and get a grip on a new language. Too many teachers have never had to make the effort of acquiring a new language and cannot imagine the process and what impact it has on someone to be literally 'lost for words'.

posted 2 years ago by anonymous 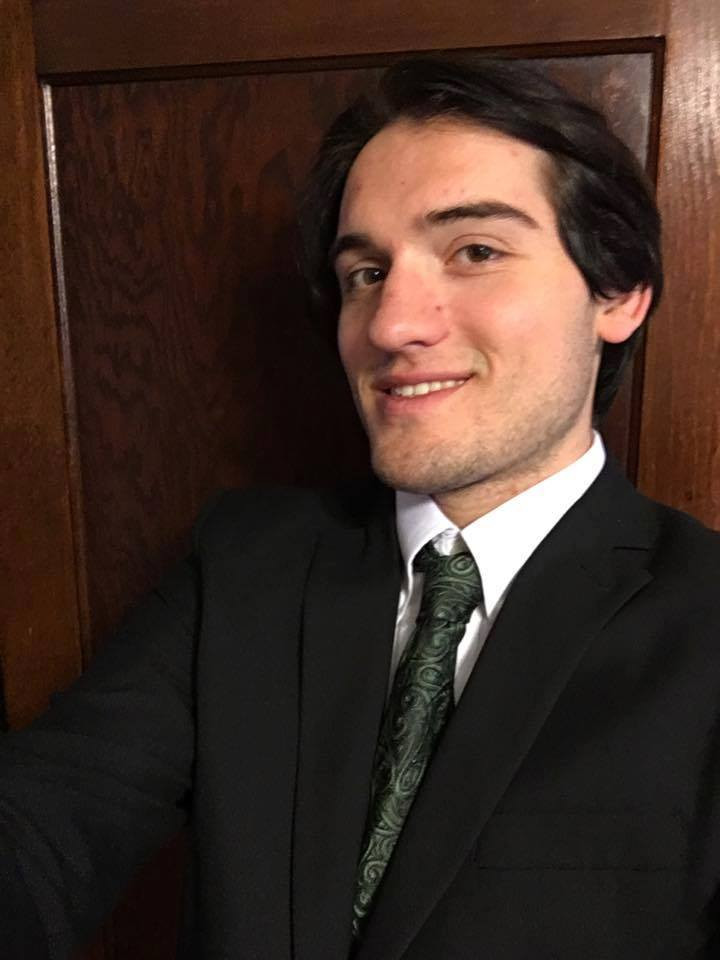 While the pronunciation is natural and great for exposure to native language, native speakers don't make better teachers unless they've thoroughly studied the grammar themselves. Their degree programs should challenge them to try presenting language lessons and responding to feedback from confused students. Non-native speakers are lucky because they go through the same process as the students they will teach, so they have both empathy and conceptual distance from the material they're conveying to students. They won't struggle to differentiate between slang and non-slang, either.

posted 2 years ago by Steven 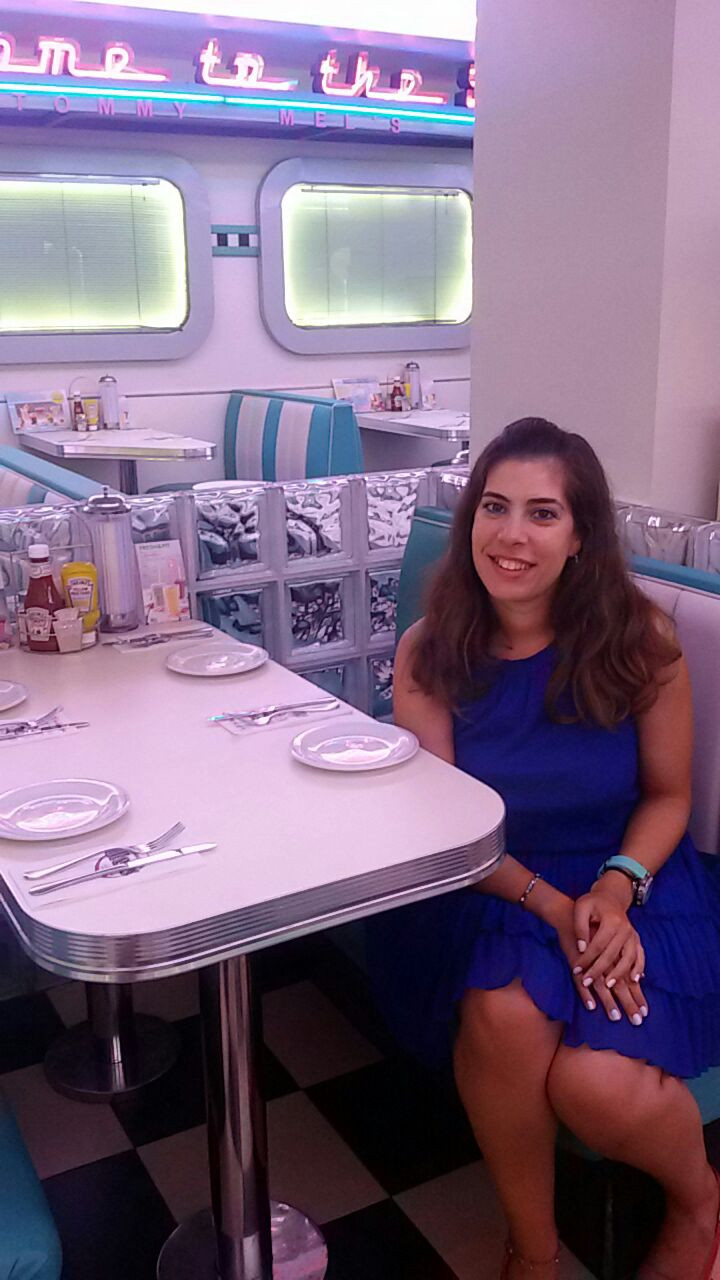 It's better to be a non-native person as he knows the grammar better because he studied and he knows how to explain the rules. Because native ones have no idea because it's automatic and in some cases they can't explain anything.

posted 2 years ago by Maria 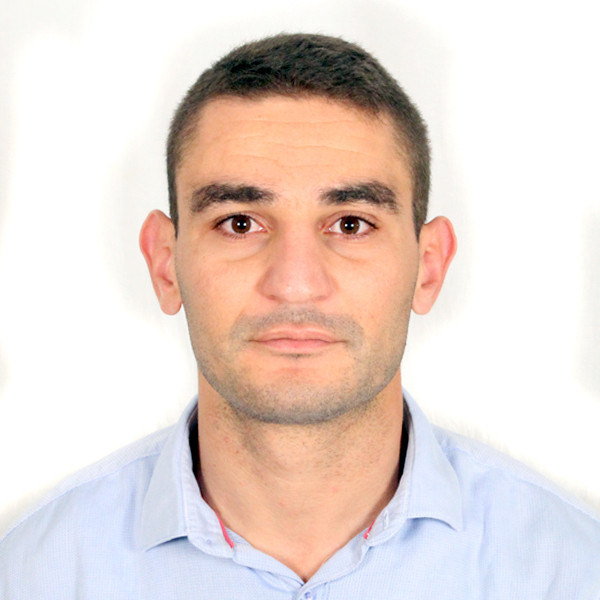 Learning from A native Speaker is always a plus

posted 2 years ago by Imed 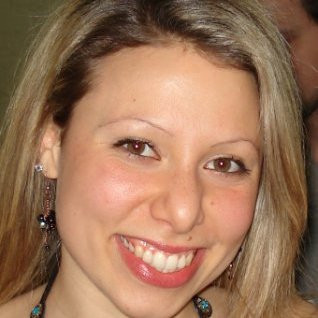 I believe a native speaker will be more suitable to teach the language. However, there are cases of people who have been living in the foreign country where they speak the language for decades so they acquired an excellent command of it. These people could teach a foreign language which is not their native, but only if they feel 100% comfortable.

posted 2 years ago by Paola 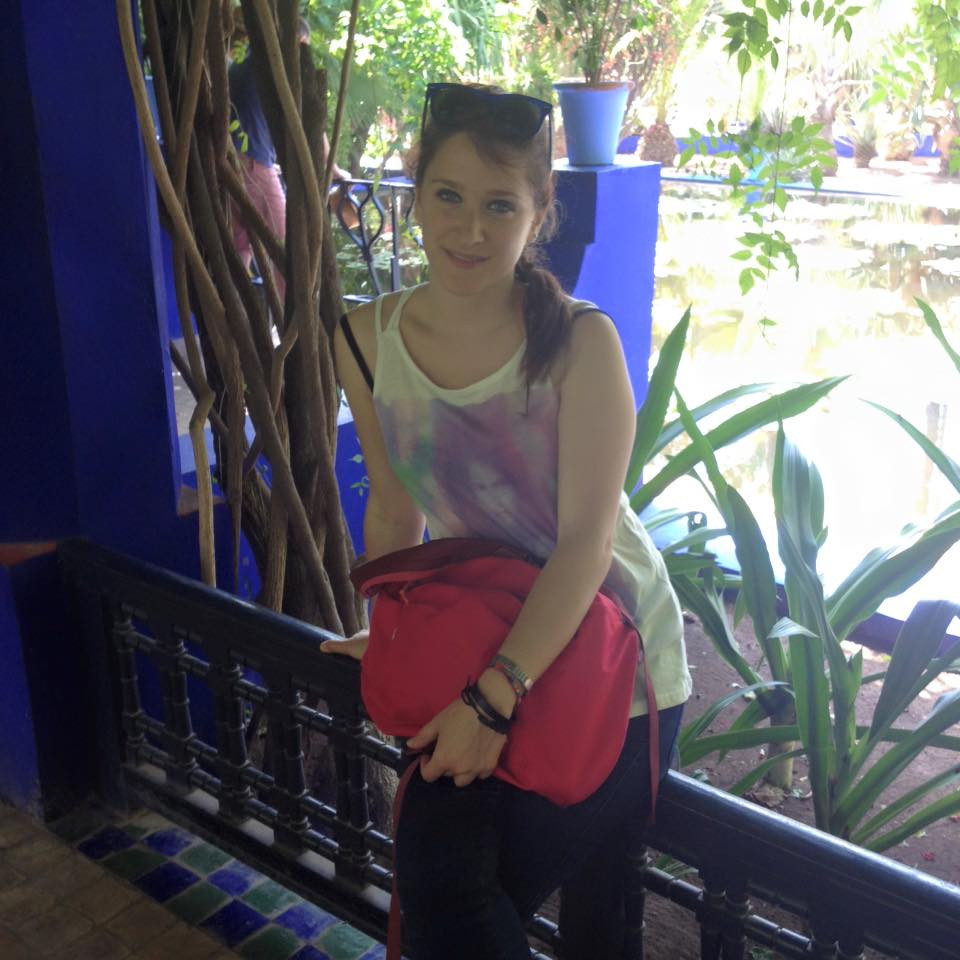 I think that is better a native teacher.

posted 2 years ago by Elvira 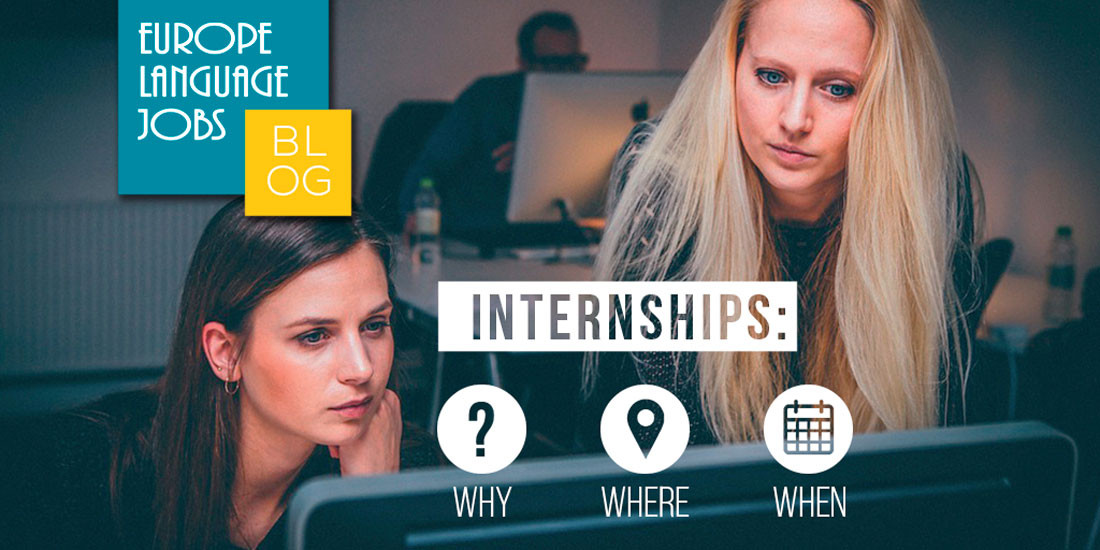 INTERNSHIPS: WHY, WHERE AND WHEN TO DO THEM

Internships are becoming less and less avoidable but fear not; gone are the days of the intern being an unpaid coffee maker... 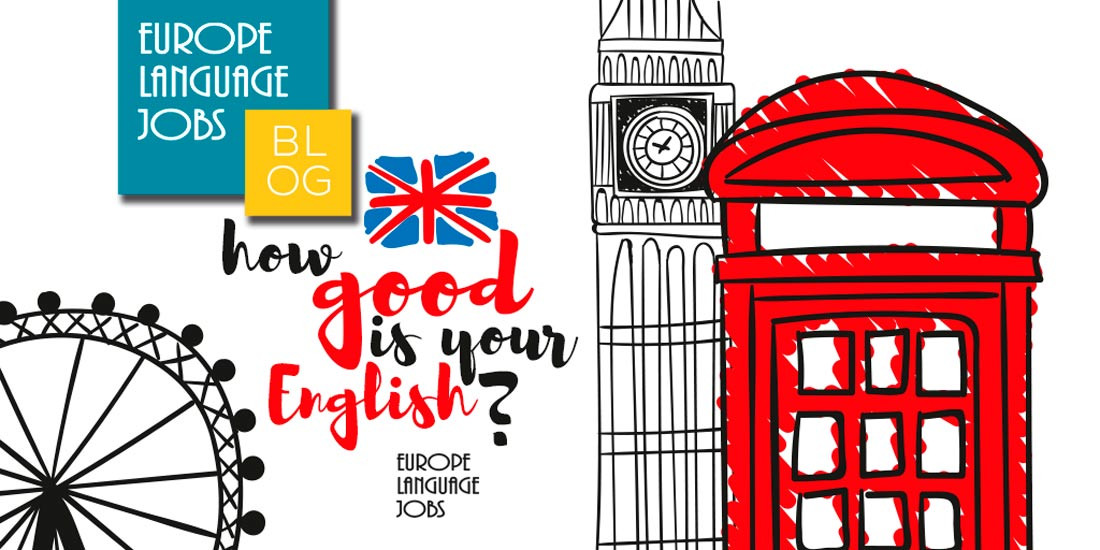 ENGLISH TEST: HOW GOOD IS YOUR ENGLISH?

Testing your English honestly, and finding out the areas you can improve is a good step on the way to mastering the language that is dominating the business world.