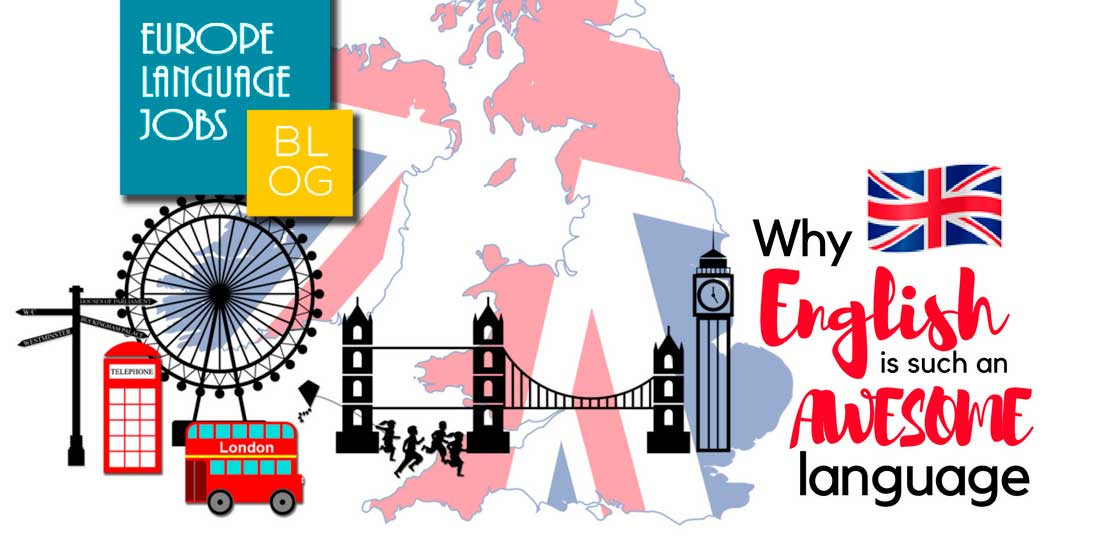 Why English is such an Awesome Language

Not surprisingly, one of the reasons why English is such an awesome language is that it is the second most widely spoken language in the world (behind Mandarin Chinese), and by far the most learnt language, with an estimated 1.5 billion learners.

Including the UK, 60 out of the 196 countries on Earth speak English as their native language. Although it comes behind Mandarin in terms of popularity, it’s spoken in more countries than any other language, boasting around 400 million native speakers globally. It is also estimated that around 1.5 billion people in total speak English worldwide, so you have plenty of people to talk to!

English is the official language of NATO and the European Union. It is also the commonly adopted second language in many countries across Europe, such as Sweden, Denmark, and the Netherlands.

If you understand at least the basics of English you will be understood in most corners of the world. When it comes to things like travelling and finding employment, English doesn´t really have a rival. Over the last decade or two, English has become more of a given than a desired skill for most big companies. As competition grows and the world becomes even more globalised, the more languages you have the bigger edge you have over your competition. Ultimately, multilingualism can be the difference between two strong candidates.

There are many great free resources out there for you to get started on a new language or even perfect one, so you have no excuse for not reaping the various benefits of learning another language.

Globally, English is considered the dominant language of business, so it does not come as much of a surprise that major financial entities have headquarters in the UK and USA.  Nowadays speaking English is seen as almost a necessity. As more and more companies expand into the global market, it is only natural that they will look to hire more people to communicate with customers who will most likely be English speaking. And even if the customers don’t speak English, the common language in most international offices is English.

Learning - or perfecting - English as a second language is a great way of bolstering your CV and making yourself a more attractive candidate to employers. Having any second language is a plus for any candidate, but having mastered the English language really reflects well on you and opens more doors in the professional world. If you have the slightest ambition to be an international business person, it is essential that you speak English to a decent level. Anything after that is a bonus.

The language of entertainment

The role that English plays in popular culture is unparalleled. Music, films and TV series are huge parts of most people’s lives, meaning that the vast majority of entertainment is originally produced in English. Entertainment consumption is arguably one of the biggest language learning techniques. Entertainment has an astronomical effect on society.

Many of the world’s most famous pieces of literature are written in English and are translated into numerous languages to be distributed across the world. By mastering it you will be able to truly appreciate some of the world’s greatest works in their original form.  In addition to literature, over half of the internet is in English – meaning that you have access to a greater wealth of information.

English is flexible and easy to learn

One of the best assets of the English language and why it is so awesome is its flexibility. It is a huge entity of vocabulary and is constantly absorbing new words, whilst at the same time seeping into foreign languages. English contains over 750,000 words.  With so many different words available to describe things, you should never be short of synonyms. It is also adding hundreds of new words every year such as ‘blogging’, ‘selfie’ etc... Another reason why English is so amazing is that there are even new ´languages´ created from English, such as the numerous creole languages across the world which developed as a result of colonisation.
English has a simple 26 letter alphabet much like most European languages. Compared to Latin rooted languages, English doesn’t have complicated gender grammar rules and much simpler ways of conjugating verbs into different tenses.
With a simple structure but ever-growing vocabulary, English has been described as easy to learn but hard to master.

English can help you learn other languages

One of the biggest reasons why English is such an awesome language is because it has a very interesting history attached to it. It is a Germanic language, meaning that it has a lot of common ground with languages like German and Dutch.

On top of this, the various Viking conquests up and down the British Isles injected a lot of Norse words into English. But there is also has a heavy Latin influence, partly due the Roman invasion, and then introduction of French from the Norman Conquest of 1066. For these reasons English shares a lot of vocabulary with many other European languages.

Learning English can help you master other languages as a result as you already have a solid base of vocabulary.

The reasons why English is such an amazing language are never-ending. New ones emerge all the time and probably you have some of your own to add.
Do you think you’ve already mastered it? Test your English here.

English is the most commonly spoken language in the world. This is reason enough!

posted 1 year ago by Thomas

I agree with you.. English is the most spread language in the world and open many opportunities.

posted 1 year ago by Hatem

I think its the easiest language to connect the whole world

posted 1 year ago by Khaled

I totally agree, ii had so much opportunities since I've learnt this language!

posted 1 year ago by Philipp

Thanks for the post. I completely agree. Having studied English I'm now absolutely fascinated by the similarities I find in other languages. My tutors used to tell me that many English words come from French and vice versa. Well, guys, only now I found myself in the period of time to realize how many similar words are there in French, in German. Extremely easy to learn new languages, thanks to English!

posted 1 year ago by Mary

Completely agree, with English I traveled around the world with out problems

posted 1 year ago by Nishant

Completely agree, with English I traveled around the world with out problems

English is a phenomenal language. I was fortunate enough to have it as my mother tongue, but as far as convenience goes it cannot be beat. While I regret the fact that many other languages are sidelined in its path, it is so much easier to communicate globally with a common reference framework. I think that it is absolutely essential to learn as many languages as expediently possible, but English is certainly a high priority out of all of the possible languages to learn.

posted 1 year ago by Daniel

I totally agree, ii had so much opportunities since I've learnt this language!

posted 1 year ago by Alessandra

posted 1 year ago by Kamila 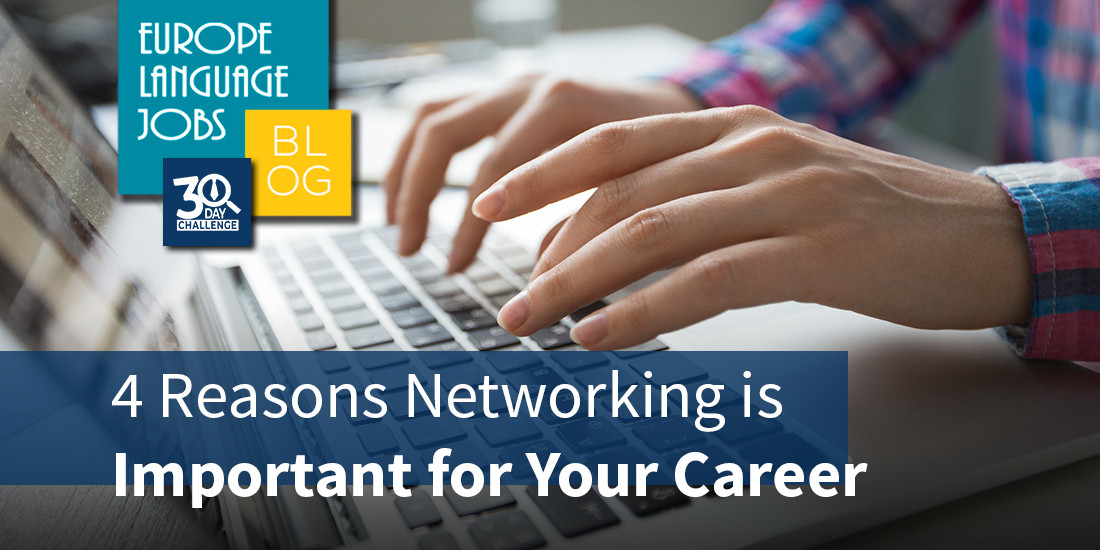 4 REASONS NETWORKING IS IMPORTANT FOR YOUR CAREER

Find out how networking can give your career a boost