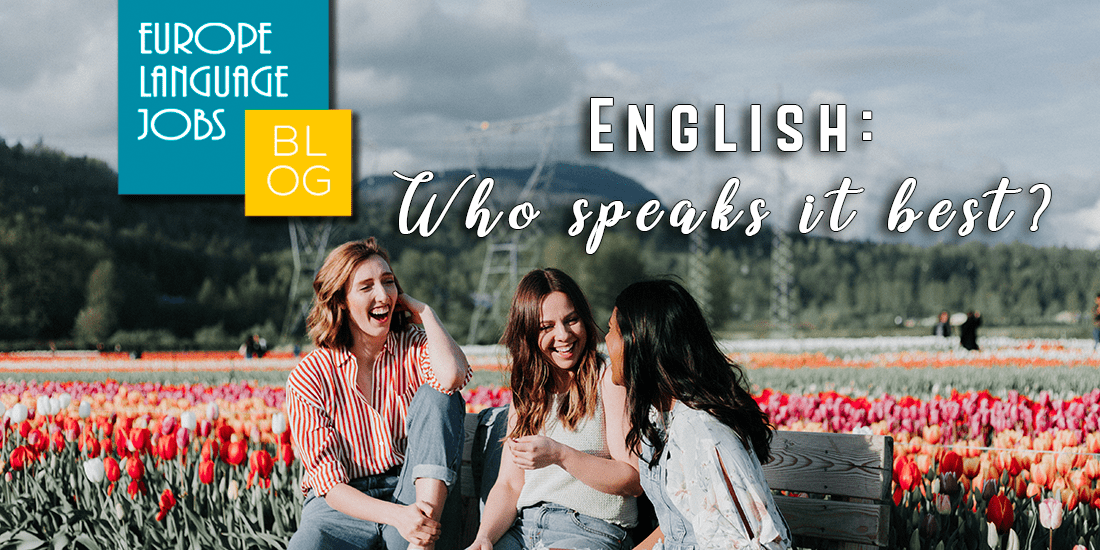 The quality of English as a second language is becoming more and more competitive in European countries. Due to the weight that the language carries in the modern professional world, speaking English is fast becoming less of a benefit and more of an essential requirement when looking for a job in Europe.

Approximately 1.5 billion people learn English worldwide and of course, some countries finding it easier than others to pick it up. Throughout the emerging generations of many nationalities, proficiency is almost ubiquitous as people are becoming more and more serious about language learning. For example, companies like ESL offer languages courses abroad, giving people the opportunity to properly immerse themselves in a new culture whilst improving their language skills. There are also plenty of online learning resources, to help English learners iron out their common mistakes. But, which country in Europe has the most English speakers?

Based on the percentage of English proficiency in the adult population, here are the top 10 European Countries with the best English language skills:

Welcome to the top 10 Portugal! The Portuguese people have increased their English level considerably over the past couple of years. They have even managed to move up 7 places since 2018. It's safe to say, their hard work has bumped them up into the top 10 European countries. Check out the exciting English speaking jobs waiting for you in Portugal.

With more and more Poles moving and working abroad, the volume of Polish people learning English has increased too. Over the past 5 years, Poland has always held a place in the top 15 countries that speak English as a second language, it seems that in the last year this percentage has grown. There are over 100 opportunities for English speakers in Poland on our job board, check them out!

The Germans, with their industrial efficiency, have always had a firm grip of the English language. The modern language of the business world is English and, as German businesses are dominating the European market, the pressure on professionals to speak English to a proficient level is higher than ever. There are lots of exciting English-speaking jobs in Germany for you to take advantage of.

For the very same reasons as Austria, it is hardly a shock to see this tiny landlocked country so high on the list. With heavy influences from both East and West, the country has three official languages: French, German and Luxembourgish – and on top of that, well over half of the adult population having a proficient level of English!

Over the past couple of years, Austria has moved around a couple of places between 10th and 12th place and now stands tall and proud at number 6. As Austria shares its borders with a whopping eight countries, it’s no wonder that the people of Austria have an aptitude for languages.

As we start to head more to the north of Europe as we become closer to the top of the list. Finland has a population of just under 5.5 million people, and almost 70% of its adult population speak high-level English.

As we approach the grand finale, the countries are becoming less and less surprising. Denmark, yet another Scandinavian country, comes in at number four. Danish is also one of the most in-demand languages in Europe but who could possibly have beaten them in terms of English proficiency?! We have some exciting opportunities available for English Speakers in Denmark.

In Norway, they truly see English as a second language, so the country is far from a surprise entry in at number three. The Norse languages also have had a huge influence on the English language after the occupation of the Vikings over a thousand years ago. Explore the available English speaking jobs in Norway,

Sweden has been knocked off the top spot since 2016 but seems to have secured a spot in second place. However, their reputation for about as near-native English as you can get remains strong and I´m sure they’ll be back with a vengeance. But who takes top spot from the Swedes? ...

Congratulations to the Dutch, on their ability to speak the English language. Their linguistically gifted population has knocked the Swedes off the number one position for the last 2 years. Check out the opportunities available in The Netherlands for English Speakers.

This list refers to Europe, however, if it included all the countries in the world (obviously where English is not a native language) it would be almost identical but countries six to ten would each slip one place lower, as Singapore would slot in at number six.

VIDEO: Do you know these English phrases?

It is unsurprising to see the top four countries who speak English as a second language best dominated by Nordic countries - and the Netherlands. They have an increasing knack for topping lists, having very high living standards, population satisfaction as well as the cost of living. Germany may have been Europe’s most popular country but they are maybe lower than you would have expected considering their mechanical proficiency in most things.

Also - and I believe this to be key – in the Nordic countries they do not dub the television into their own languages, something has surely helped them ensure they always rank towards the top of the list of English Speaking Countries. Whereas, in France, Spain and even Germany, they translate the television into the country language, despite the majority of TV shows being American or English.

There is also a noticeable lack of southern European countries, with Austria being the southernmost point of the list.  But, perhaps unsurprisingly, the Dutch reign supreme over the non-native English speaking world. In fact, I regularly meet Dutch and Scandinavian people and assume that they, like me, are English; that’s how flawless their accents are.

English as a second language has come to be less of an advantage and more of an essential for non-native speakers in the professional world and having a high or native level of English gives you a huge advantage when trying to find a job abroad (or at home too actually). Inspired to improve your English or master a new language? There are several free apps such as Mondly, as well as YouTube channels where you can receive free lessons. With today’s resources, you’ve got no excuse for being monolingual!

January Jobs: Getting Ahead Of The Competition

January is a time for new beginnings, resolutions and fresh starts. We share our top tips to help you find the best January Jobs for you and your skill set!