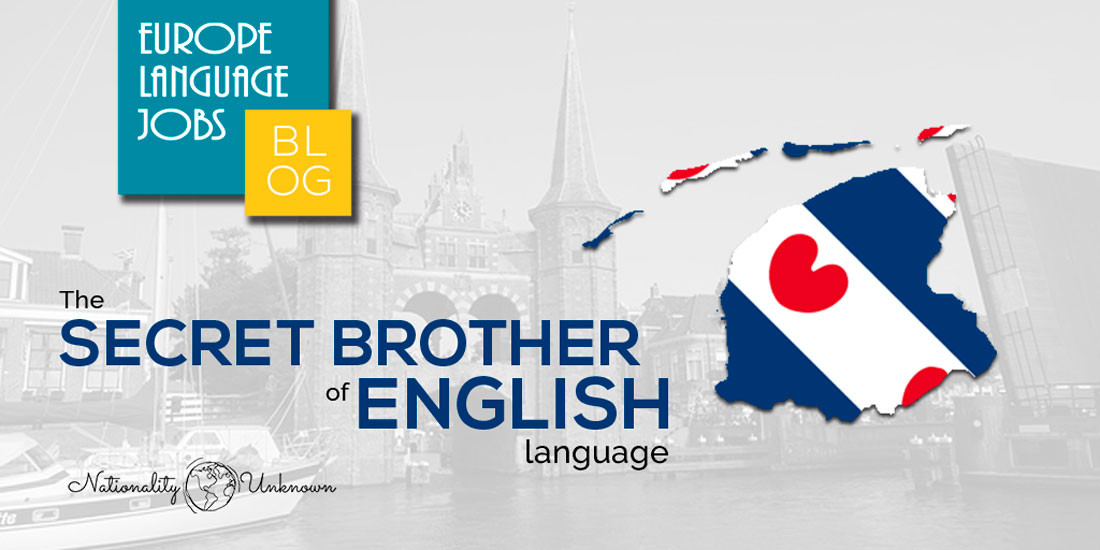 The secret brother of English language

Today’s guest blog comes to us from The Hague-based, Amarens. She is an avid blogger, a travel enthusiast and a true language expert!

Maybe it's better that you sit down for this. You are about to find out one of those language facts that is always interesting -and quite surprising- to know: your Germanic mother gave birth to another language. It's true. In the north of the Netherlands there is a province called Friesland, and the language they speak bears an uncanny resemblance to English. Looks like Europe is even more multilingual than we knew it was!

I bet you're not the only one who is confused right now. Not many people outside the Netherlands know about this language. Indeed, even within the Netherlands people often think Frisian is merely a dialect. For those who think that, it's good to take a look to this Germanic language family tree: 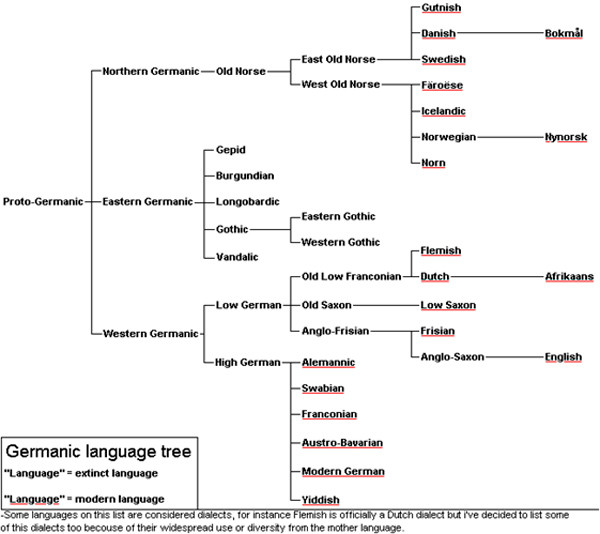 As the tree shows us, both English and Frisian are actually part of the Anglo-Frisian branch, while Dutch stems from Old Low Franconian. Although people consider Swedish, Danish, German and Dutch to be somewhat similar to English, 'genetically´ Frisian is the closest language to English. The influence of French on English and Dutch on Frisian might make these similarities harder to see, but we all know you can't forget your roots.
When we compare certain words and word categories in English, Frisian, Dutch and German we can see how close the two languages really are, especially when we take a look at the pronunciation.

For example the word "cheese". In Dutch it translates to "kaas" and in German to "Kãse", which is all similar enough. The Frisian version, however, is "tsiis', which on paper just looks like something typed by your cat when he walks across your keyboard, but when you consider the pronunciation of the double I is almost identical to the English double E, whereas both Dutch and German chosen a completely different vowel for this word.
Not only that, but in many other words where English has the "Ch" pronunciation, the Frisians have kept very similar phonetics (only they attach different letters to them).

Another set of examples of words where the Frisians have stuck to the English phonetics is in words like "sleep"  or "sheep". The Frisian "IE" is identical to the "II" sound, which as mentioned before is like the English "EE",  while for some reason both Dutch and German have both gone with an "A" sound in these words.

But the similarities don't stop there. When you look at the English words like "Way" and "Day", where the "Y" has been switched for a "G" in Dutch and German, in Frisian they have kept the "I" sound, and though it is written with an "e", the "EI" sound in Frisian is comparable to the "YE" or "IE" in "dye" or "die".

And last but not least, an "N" before a 'voiceless fricative' (meaning an "S", "F' or "TH") can be found in Dutch and German, but is largely lost in English and Frisian.

Interestingly, though Frisian is still widely spoken in Frisian households the education is generally in Dutch. This means that when people in Friesland learn English it will most likely be taught in English, which means many Frisians don't make the connections between English and their native language (and I say this from experience).
So now you know that Friesland is not only the province with the coolest flag with its famous pompeblêdden (not hearts), but also that one province that speaks a language that is ridiculously close to English.

Bonus, the Frisian word for "this" is "dizze", only proving my original hypothesis that Frisians are the real OG's

Top 5 Things Recruiters Look for in Your Social Media

In today's jobsearch, everyone knows that social media plays a big role in the modern jobs search, but what is it exactly? Find out what are top 5 things. 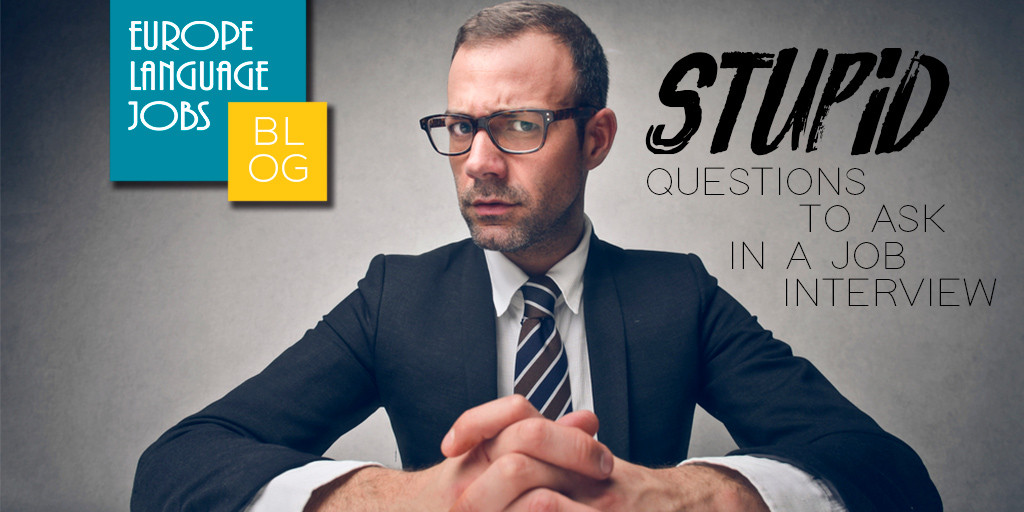 7 Stupid Questions To Ask In a Job Interview

Here are 7 questions to ask the recruiter in a job interview. Don't be afraid! The recruiter should feel your interest