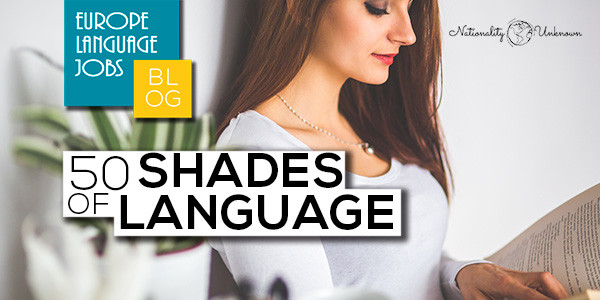 "How many languages do you speak?"

I’ve lost count of the times I’ve heard this question. The more languages I learn the harder it is for me to answer. Because of how many languages do I speak? I am not sure. The truth is I’m not really sure what 'speaking' a language means.

When I reply saying that I speak 6.5 languages, people often laugh. "How can you speak half a language?" they ask, but the question I ask myself is, how can you speak a whole language? What is that point that you say "I speak my mother tongue but I also speak another language that I learned"?

I mean, how on earth could you ever compare the knowledge of a lifetime of daily practice of your native language, to a language you have learned for a considerably shorter time? I say that I speak 6.5 languages but in reality, the number is not even measurable.

Language as a binary concept

Many people consider language to be a binary thing: you either speak a language or you don't. But the truth is that language is everything but binary. There are an infinite number of levels of ability for a language, different shades and depending on what you feel is important you have to judge yourself and come up with an answer: do you speak the language or not?

Literally you could 'speak' whatever language you please. You can say any word in Swahili, and that would mean that you are literally speaking Swahili. This is usually not what people mean when they ask you if you 'speak' a language.

Another thing to keep in mind with language is the level to which someone speaks it. Many native speakers who are technically ‘fluent’ will probably not reach the point where they can read/write/talk on an academic level. But what about international professors that give academic lectures but who are unable to understand expressions people use in their everyday lives?

Is a native child more or less fluent in a language than someone who has been learning it for many years but still has an accent? Apparently there isn’t one Chinese person who knows every Mandarin character.

Does that mean they don't speak their language fluently?

Whether or not you speak a language usually depends on the individual but also what country you grew up in. Those who grow up in a country where only one language is spoken and taught, are swift to claim that they speak another language, even when they only know a couple of words or phrases.

People from countries with several official languages (and therefore speak multiple languages at at least a proficient level) will often compare themselves to native speakers when they learn a second language. They probably won’t count it as a language they speak if they do not feel totally comfortable in it, even if they have a good basic knowledge of the language in question.

I remember one of my friends from the U.S. who was visiting me in the Netherlands asked me:

"Why does everybody I ask say they speak a little English when they actually speak very well?"

This made me laugh because it's absolutely true. Most people in the Netherlands speak English really well. Some better than others, of course, but for a country that is not officially bilingual you can get by surprisingly well without speaking any Dutch. But the standard to which they measure English is different from the standard to which, for example, Americans measure their knowledge of Spanish.

The Scale of Language Ability

There are countless gradations for language ability and when people question if you speak a language it makes you evaluate and question yourself. This is one thing that I don't like to do.

By no means am I a perfectionist when it comes to anything. I don't like exact answers, I am not a fan of numbers and in general, I’m not a particularly precise person. However, when it comes to languages, I have been known to beat myself up over small things such as grammar mistakes.

Something that I later realised wasn't perfect, can haunt me for much longer than I wish to admit. The one thing saving me from this curse is extreme laziness which helps me avoid actually learning the things that I know I don’t know, such as vocabulary, grammatical structures and expressions.

And yet the perfectionist inside me is revealed when the question "How many languages do you speak?¨ reappears.

This is due to the fact that I feel like a fraud for including the languages that I do not dominate 100% in my list. This is a bitter pill to swallow because I often feel that juggling four languages a day makes means that I fail in all of them, including my mother tongue.

I remember one time someone asked me how many languages I spoke, and I explained to him why I thought it was such a difficult question to answer. I asked if he could be more specific about what he considered 'speaking' a language was.

He said "Any language you know at least one or two words in¨. Umm, do you have a minute?

As a former exchange student in many countries, I have accumulated an extensive vocabulary of random words and phrases I will probably never use (as most of them are maybe not so appropriate, that could be a good thing).

At the other end of the scale, some people only want to hear about the languages that you speak fluently. The likelihood is that most people haven’t thought about the scale of 'speaking' a language. They probably never realised that it isn't a black and white concept but that there are numerous grey areas in between.

Personally, I feel that more people should discover this truth. Many of you who have already started learning another language will know that the cruel reality is that there is no finish line.

There is no point where you stop and triumphantly say to yourself, ¨Now I 100% dominate this language". Milestones and finish lines only exist for you personally to be satisfied with, but knowing a language completely is impossible – even for natives.

Instead of chasing unachievable goals of language learning and thinking of language as a binary concept where we either speak it or not, we should embrace the nuances as we shift subtly between the endless shades of grey.

Today’s guest blog comes to us from The Hague-based, Amarens. She is an avid blogger, a travel enthusiast and a true language expert! 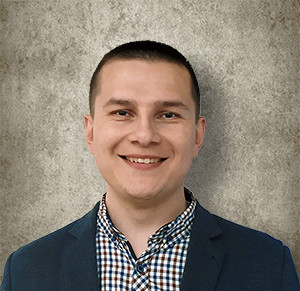 multi languages is a must in current over-saturated labor market with general specialties, when everybody trying to to make all thing, and trick is not to try but make right here & now without attempts but with 120% success

posted 2 years ago by Sergii 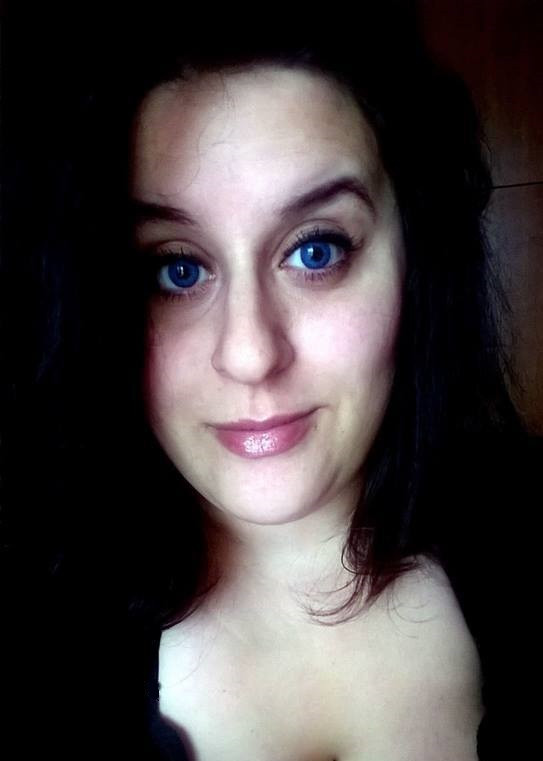 I think that the level of the language (B1, B2, C1 etc) is an indicator of how fluently you can express yourself in that language, but still, it depends on the difficulty of the examination.
For instance, the level B2-C2 examination in English has compeletely different difficulty in specific factors, depending if you pass the Cambridge or Michigan exams.

posted 2 years ago by Konstandina

Imagine that you are visiting a country where you do not know the mother language of. Keep imagining; now you are in a restaurant and about to order your meal but the staff do not speak none of the foreign languages you do. Then you have the following options;
- Using the body language (ordering the food of your choice if luckily have a menu with full of photos)
- Trying to imitate (barely with a couple of words with a really bad pronunciation) the language that the staff speak.
- Finding a nice native bilingual person to help you to translate.
Remember the days before Google Translate and mobile devices came into our lives; If you were planning to visit a country which you can not speak the mother language of, printed guide books helped us learn some words, phrases as well as a tiny number of sentences to help us survive. But now it’s almost totally forgotten. If you are not a language freak (in this case it’s me) then you will need help to communicate with the people in either ways listed above.
Studies tell that there is a close relation with mathematics and learning foreign languages. For me, as an engineer, mathematics was always in my life from really young ages. When English came in to my life, I tried to figure out what are the equations to learn English as good as I can. Years passed and German came and I did the same; equations method. As I got a little good in German, I wondered if I can learn more languages with the combination of these two.
At my first visit to Amsterdam while passing by a really old building (you know there are lots of them :) ) I started reading a plate where the story of the building was written on. I finished reading and kept walking, suddenly after few steps I realized that the plate was completely written in Dutch. I was jumping and screaming in happiness of achieving what I have been dreaming of; the combination method. Of course there are slight differences either between English-Dutch and German-Dutch. But the grammar and pronunciation helped me solve the puzzle. With the help of this exploration now I am trying to learn Finish, Dutch and Greek as well. Since I am a mathematics minded person, I do believe that I can do more. Whenever I visit a country, I try to speak their own languages as much as I can, just to record how “the music” of that language sounds like and where I make mistakes.
Some people say that they can understand a language but they can not speak. That does not make sense to me! If you can ride a bike you can ride it, opposite is not possible. If you can stand on two wheels, then it is acceptable; no matter you go fast or slow.

posted 2 years ago by BURAK 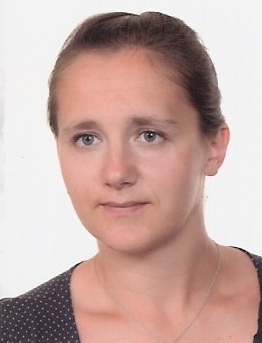 Interesting text, there is always a problem with assesment of language level. Also it often depends on country. For instance in Spain many times if somebody puts B2, barely speaks...

posted 2 years ago by Dominika 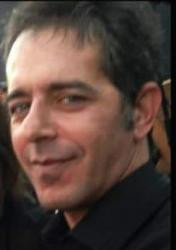 yes i see and i am hopfull that i can

posted 2 years ago by Ahmet Suat

To help you become more employable during the coronavirus outbreak, we are sharing 4 key tips to improve your employability from the comfort of your own home. 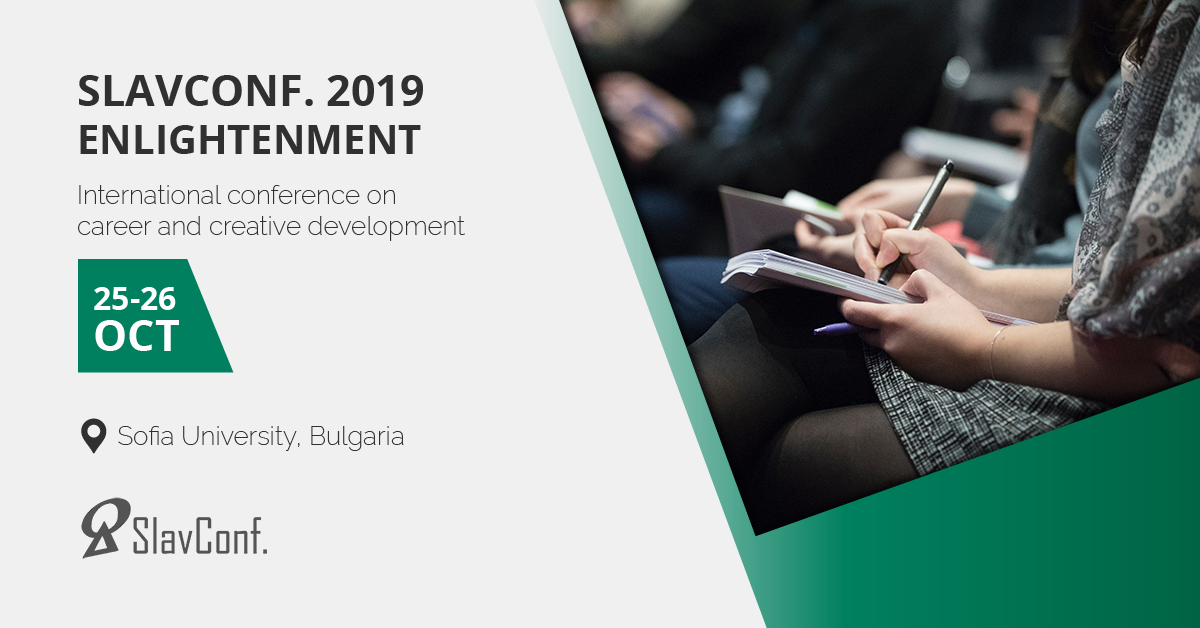 SlavConf. Enlightenment is the third international conference on career and creative development. The first of its kind in Europe for business in the fields of culture, humanities and arts.