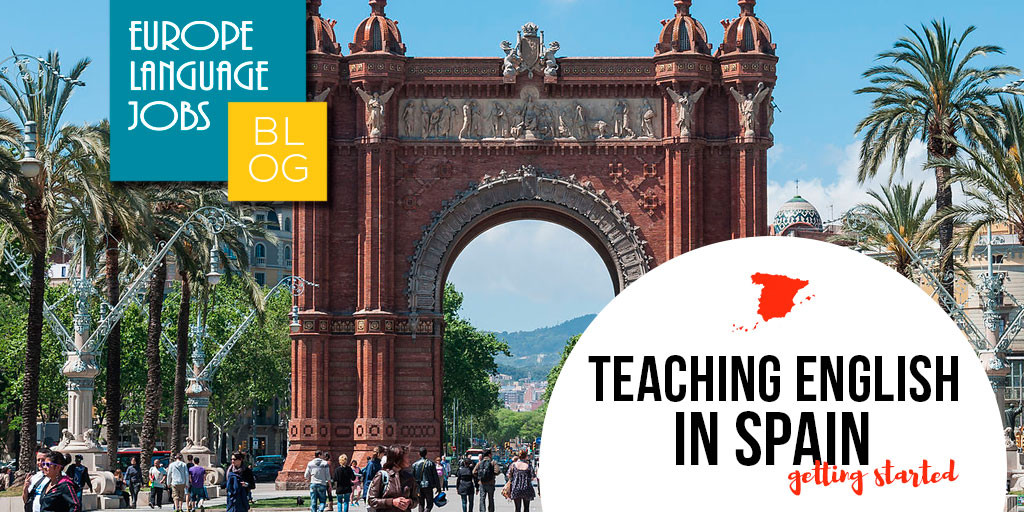 Teaching English in Spain: Getting started

Teaching English in Spain is an increasingly popular option for young Anglophones. The TEFL adventure has lured many an English speaker (both native and non-native) out of their home countries to take advantage of the innate value of their English skills.

As the popularity of the TEFL (Teaching English as a Foreign Language) adventure grows, I know that many of you are still toying with the idea of embarking on a new and exciting career path, and unsurprisingly you have unanswered questions and doubts.

Although teaching English in Spain was never a long term objective of mine, as an ex-TEFLer, I will try and clear up as many of them as possible.

One of the many answers to this question is that they don’t dub television here. There is nothing quite as effective for language learning in terms of convenience, as watching television. I have a theory that if the Spanish government banned dubbing over English speaking TV shows, that the number of TEFL teachers in Spain would plummet in a matter of years. Nobody goes to Sweden to teach English, because their television is all in English.

If you look at the number of jobs around the globe on the website www.tefl.com, Spain is always around the top spot, depending on the time of year.

A time of crisis

Spain was also one of the hardest-hit countries during the Eurozone crisis of 2008. Since then they seem to have made an effort to make themselves, and especially their children, as employable as possible.

During the economic troubles, many highly skilled Spanish workers found themselves with little choice but to find a job abroad. The ones that spoke English well, found jobs quickly. The ones that didn’t learn a tough lesson about the global importance of the English language.

Now that things are looking up for the Spanish economy, the generation who lived through the crisis is eager to have their children speak English as well as possible.

In neighbouring France for example, the number of TEFL jobs generally bobs around the three or four marks... for the entire country.

The Spanish it seems want to learn new languages more than their neighbours.

Therefore, teaching English in Spain will give you a stance and a value in society and it is a golden opportunity to embed yourself in a warm and open-minded culture, whilst genuinely making a difference to people’s lives.

What documents and qualifications do I need to teach English in Spain?

You will need a NIE

This is a complicated question to answer, except that the one thing you will definitely need is a NIE. This is basically an ID card which confirms that you’re legally registered. Some people come and work cash-in-hand illegally, but it’s not recommended and there are many difficulties attached to doing things this way.

The dreaded acquisition of the NIE is the bane of many a newcomer's initial few weeks in Spain. In Barcelona and Madrid, they are notoriously unhelpful at the Oficina de Extranjeros, so you will need someone who speaks Spanish to go with you...and to have several hours spare to wait.

This guide should help you simplify the NIE process

In terms of qualifications, it totally depends on what kind of teaching you want to do. You have several options before you, depending on your level of certification and experience.

If you are a native English speaker but are a total beginner in terms of teaching, then fear not. You have options. You will probably have to start out as a conversation assistant to English teachers in schools.

These positions don’t require experience, just a native level of English. Programmes such as CAPS can help you guide you through. You simply apply to them and, if you are accepted, they will assign you a school and sometimes a host family to live with, depending on why type of programme you want to do.

This is a great way to immerse yourself in the community and culture as well as to learn Spanish. This option is also great for people without EU membership, as the programmes offer essential assistance with visas etc. 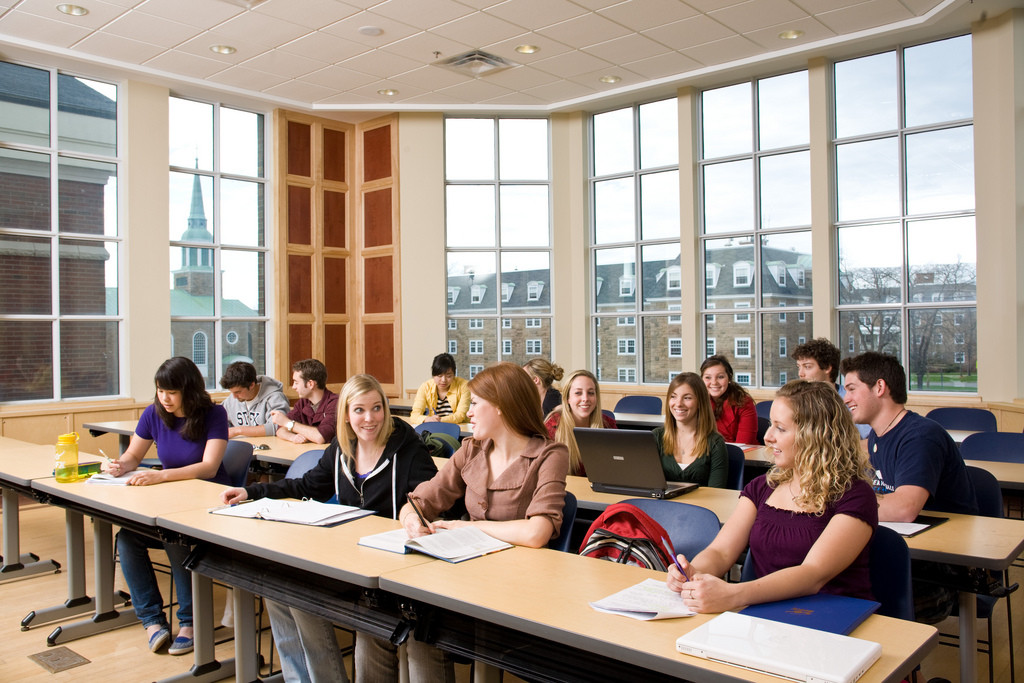 Teaching English as a Foreign Language certificates come in various forms. There is no one body or organisation that arranges all TEFL certificates; they range in price, classroom hours and, to put it simply, quality. Some are totally online and some require a substantial amount of classroom time.

Find out more about getting a TEFL certification here

If you have a TEFL certificate (or even better would be a CELTA) then you should be able to find a job in an academy without too much trouble, especially in the big cities.

If you don’t have a TEFL but want to be a teacher then a general teaching qualification plus a native level of English should suffice. Academies vary on what qualifications and criteria their teachers must-have. British Council, for example, will accept nothing less than a CELTA certificate; whereas some of the private academies will accept an online certificate.

It’s worth bearing in mind that, as controversial and divisive as this topic is, it will be much easier for you to find a job teaching English in Spain if you are a native speaker...

This is a bit of a touchy subject. For years there has been outcry within the TEFL community in Spain as a response to academies consistently publishing job advertisements for ‘NATIVE English speakers’ with the word native often aggressively emphasized.

Whatever your views on who makes a better teacher, the sometimes harsh truth is that being native is a huge advantage when it comes to teaching English in Spain. For programmes like CAPS, an assistant is much more marketable if they are from an English speaking country.

Despite the anti-discrimination laws, many schools are simply not as interested in taking on conversation assistants who aren’t from English speaking countries.
Although I understand the schools’ position, as of course, they have to keep demanding parents/financers happy, I know countless non-native English speakers who have a native level.

Which nationalities speak English as a second language best?

If you’re an aspiring NNEST (Non Native English Speaking Teacher), then you will almost certainly need certification of your teaching ability and definitely of your English ability if you want to get the ball rolling. Academies are often more lenient about the nationalities that they employ, but you will need at least a TEFL and potentially quite a few hours of classroom experience.

Where should I teach English in Spain?

Again, this totally depends on what you’re looking for. Predictably, the highest concentration of jobs are in Barcelona and Madrid and probably one of these cities is your first choice destination.

But there’s a catch

If your motivation for relocating is learning Spanish then I would not recommend Madrid or Barcelona. As a result of the booming tourism (particularly in Barcelona), in many areas of the city Spanish struggles to compete with English so much in that you will rarely get a chance to practice your Spanish unless you really set time aside to seek out practice. In Barcelona, Catalan has a stronger influence on the culture too, so in many barrios, Spanish is the city’s third language of choice.

A high percentage of the English teachers in Spain are from English speaking countries especially in Madrid and Barcelona, so teaching English in Spain is not the ideal occupation for meeting the locals. On top of that, in your free time, you will really struggle to avoid the masses of English speaking people in Madrid and Barcelona that you will naturally gravitate towards the familiar. That’s what people do when they’re in a foreign country, especially if they struggle with the preliminary inevitable homesickness and anxiety.

In these situations having people you can talk to around you is a positive thing and comfort but it does severely stunt your linguistic development.

Living in a big city has a price

Rent in Spain is crazily cheap compared to many English speaking countries... except in Barcelona and Madrid, of course!

Here, the prices are skyrocketing and are showing no signs of slowing down. As well as this, both cities are rife with scams and people looking to take advantage of newcomers who don’t speak the language.

However, if you are looking for great nightlife, an endless supply of international friends and a city with everything you could possibly ask for, then either of these two is a worthy candidate, it is just important to be prepared.

You have other options

There are some advantages of choosing an alternative to the two most obvious locations for your English teaching adventure in Spain.

In the smaller towns and cities such as Sevilla and Malaga (other popular TEFL destinations), it’s true that you will come across English speaking people much less than you would in Madrid and Barcelona. But this doesn’t mean that they aren’t there and it shouldn’t be a bad thing.

Living in a smaller town, before long you will find your level of Spanish increasing almost naturally. At the other end of the scale, I know English and American people who have lived here in Barcelona for years and still cannot say a sentence in Spanish or Catalan – quina vergonya!

So WHERE can I find work as an English teacher in Spain?

There are other options but these are the ones that and my colleagues found to be the best to help you get work quickly.

A great idea before you make up your mind is to join Facebook groups and forums of TEFL teachers in various cities. In the more active groups, people always post asking for advice and the members are more than happy to help out.

It’s also quite likely that you have friends who have embarked on similar adventures, or even friends of friends, and there is nothing wrong with asking for advice from people who have already achieved what you are trying to achieve.

Share your experiences in the comments below and don’t forget to register to check out the English teaching jobs in Spain on the Europe Language Jobs website!

posted 8 months ago by Marcello

posted 2 years ago by Athanasios

posted 2 years ago by Lejla 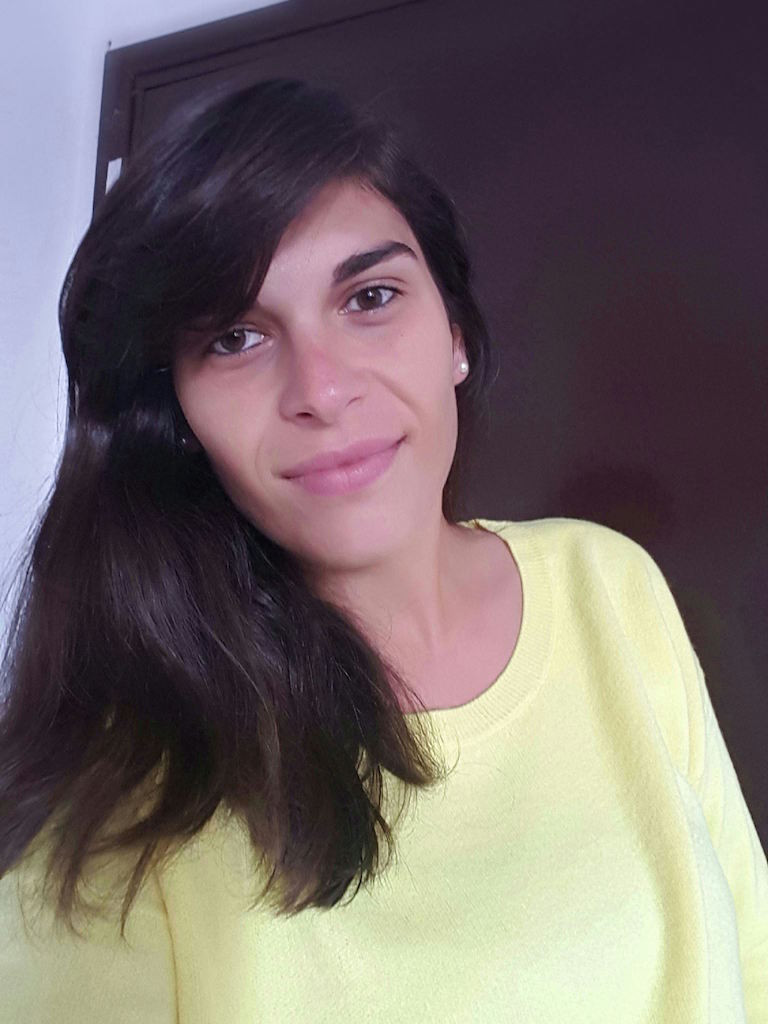 posted 2 years ago by Alexandra 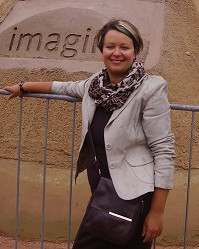 Thank you for great tips. Even through I am not a native speaker - when UK sails away , we will have a chance to come & teach here + learn Spanish!

posted 2 years ago by Natalija 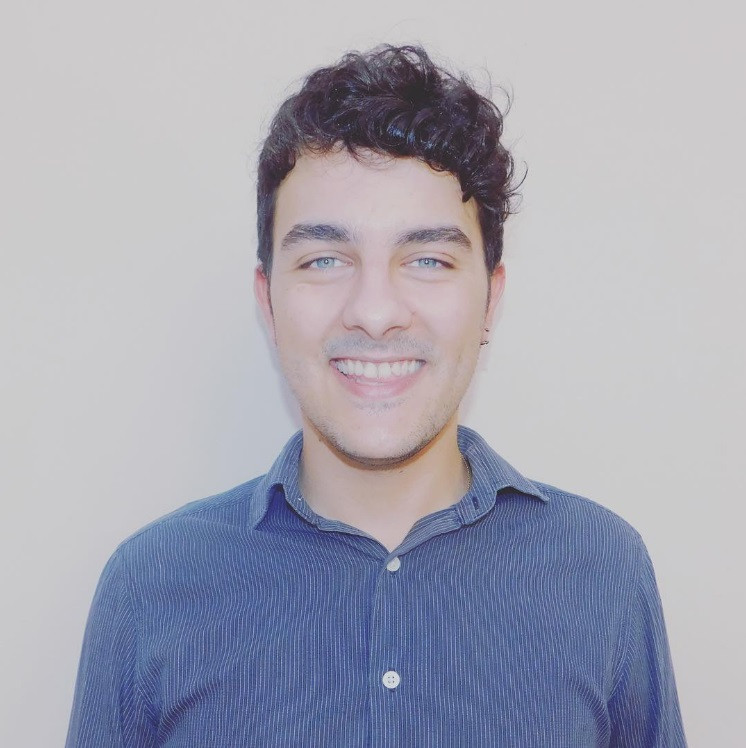 posted 2 years ago by Miguel 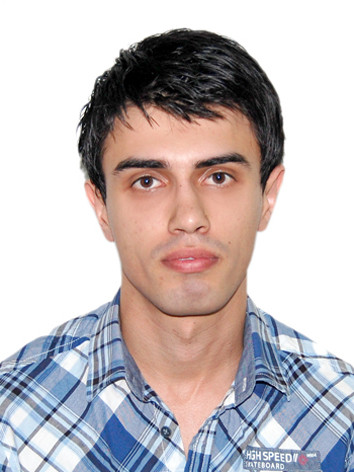 posted 2 years ago by Vafadar 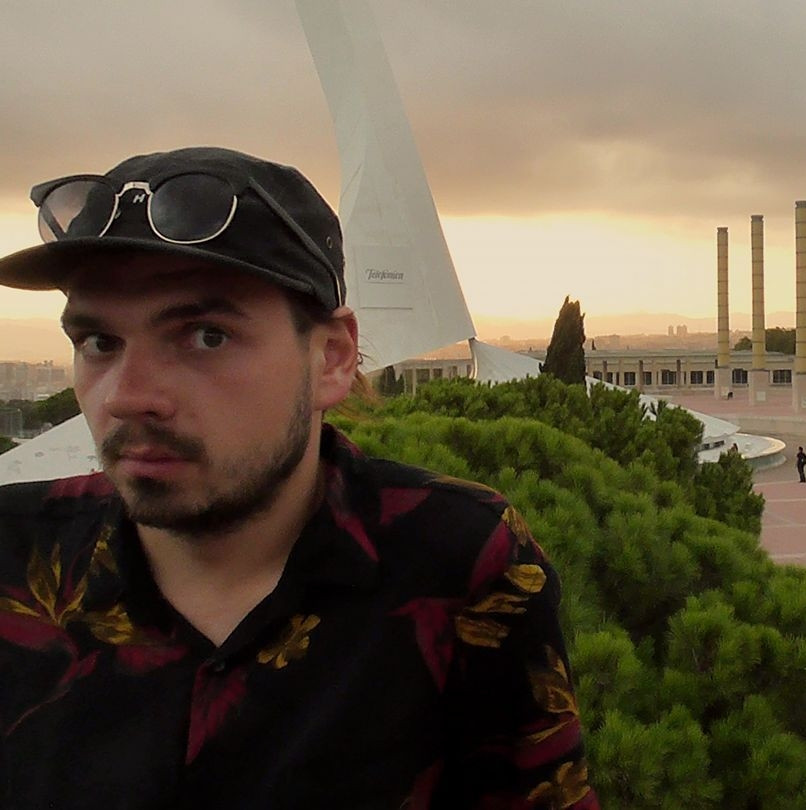 This is an exquisite guide!
Very thoughtful and helpful.

posted 2 years ago by Dominik

posted 2 years ago by Lizabeth 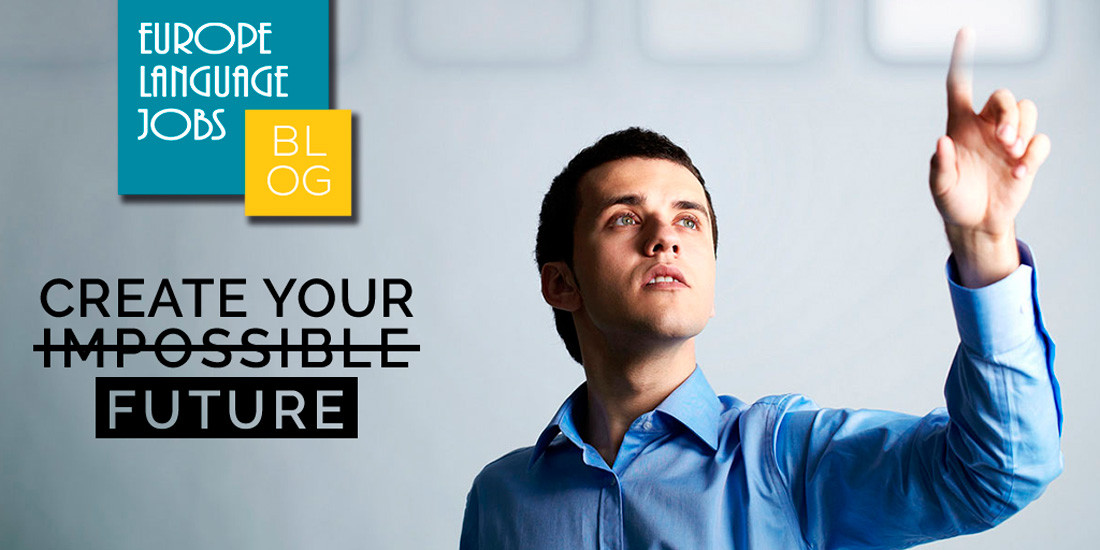 How to make the unachievable, achievable? Follow these tips to create your impossible future that you will be happy within the turbulent labour markets. 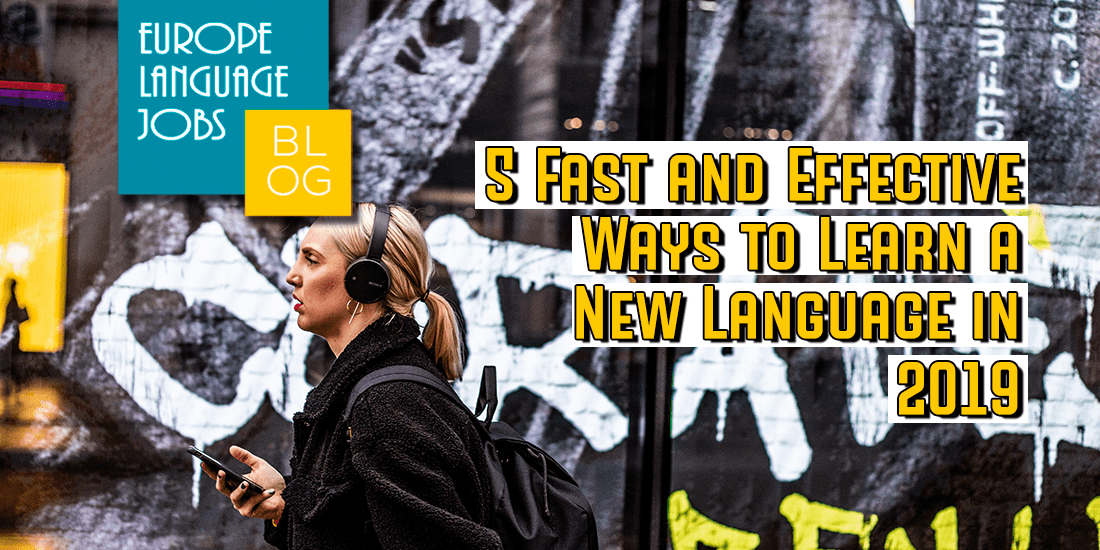 What are your language goals for this year? Honestly, that’s one of the most important things for you to establish when learning a new language. Without understanding what your goals are, all the fant