We all know at least one person who when going on holiday to Spain learns the phrase ´Hola, una cerveza por favour´ and felt that would be enough to get by and the truth is, most of the time it is! Spain, much like many other European countries, speaks English as a second language and has over 11 million English speaking residents. However, there are times when English speakers need to be careful and can't just add 'ado' onto the end of a word and expect it to become Spanish! False friends can be dangerous for any rookie Spanish learner!

According to popular language-learning app Duolingo, in 2017 15-30% of language learners on the app of 200 million people were learning a language to prepare for international travel! But if you don´t currently speak another language, should you be worried?

Now that we know that Europe has an abundance of English speakers, it's time to discover the top English speaking countries in Europe: 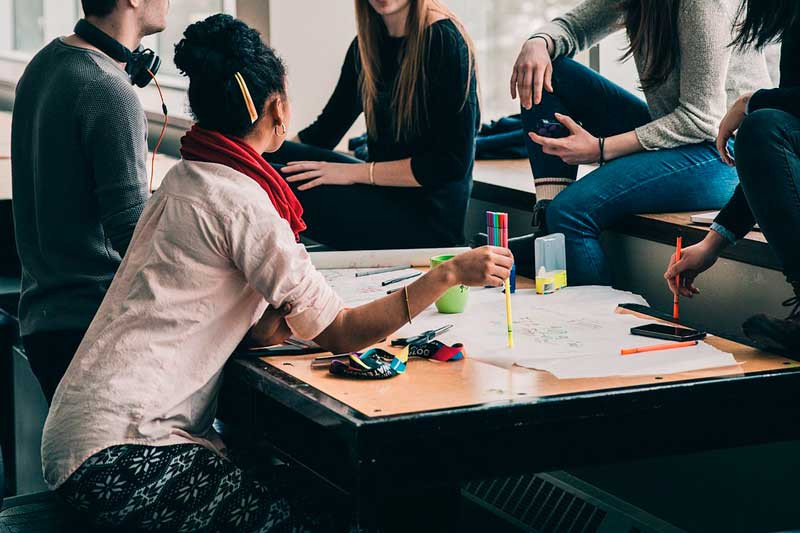 One of the most popular English speaking jobs in Europe and the way many expats get their first job abroad is to teach English as a second language. Qualification is usually necessary but takes very little time, usually around a month depending on who you choose to study with and then the salary is usually very good.

Many English speaking European countries have an extremely high level of English throughout the population due to having studied it from an early age, for example, across Scandinavia, at least 67% of the population speak English and even as high as 71% in Denmark.

You will find that there are many English speaking countries throughout Europe that while it is not a primary or secondary language, there are a large number of people who speak it for example in Italy, although Italian is by far the dominant language, 34% of the population are fluent in English and many more have some grasp of the language so you will be able to get by using English while also having people who can help you learn. This being said, you will never have a hard time finding help while at work, at the mall, or even when studying and having to write a paper for class. However, if you still feel like you need help with it, make sure to check out WriteMyPaperHub.com and they will find someone who will write your essays and other papers online.

Many European countries that speak English do so as their second language, throughout the continent, a large percentage of the population can speak two, three and sometimes even four languages, for example, language learning app Babbel found this to be the case in one of the smallest countries in Europe, Luxembourg! I was surprised when touring around Holland and the Northern part of Germany, when conversing with people in bars and restaurants, although I was making the effort to speak in Dutch and German respectively (I had learned introductory phrases) the number of people who replied in English was staggering, it was then that I realized the wide-ranging influence of the English language, its importance and how those of us who speak it are at a great advantage when job searching abroad!

Countries in Europe That Speak English

Of the countries in Europe that speak English quite often over half the population are either fluent or able to hold a conversation, for example in a study by EF almost 67% of the population in Finland speak English meaning you are extremely likely to come across someone who can help you should your knowledge of Finnish be found wanting while out and about! 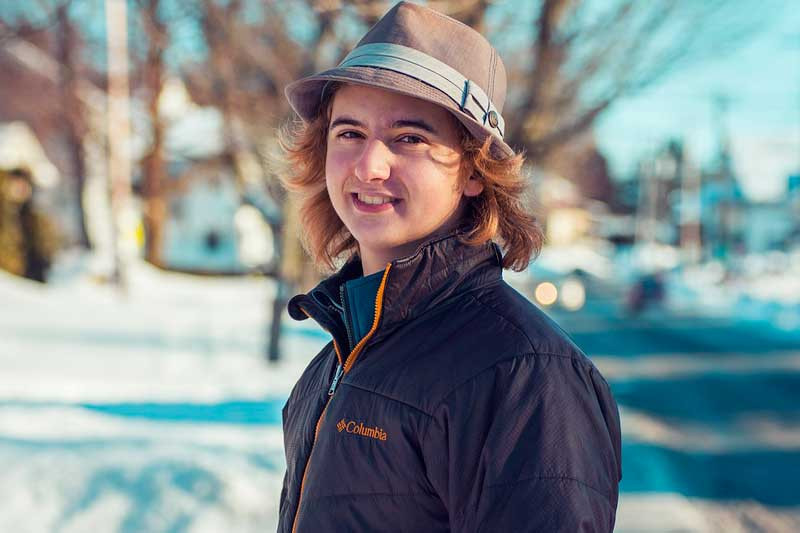 More and more people are learning to speak multiple languages, the EU itself is promoting a scheme known as the ´Barcelona Objective´ whereby citizens can communicate in 2 languages other than their mother tongue.

I've found the best way to approach international work is to join a job board such as Europe Language Jobs, the first reason is that, let´s say I´m living at home in England, how many companies am I likely to be aware of in Barcelona or Bucharest? Ok so Nike, Apple and Microsoft probably have a base here but... After that?

Being on a job board collates thousands of available jobs in your desired location and saves so much time from alternative ways of searching such as google searching ´find jobs abroad´ or ´English speaking jobs in Spain´ yes it will show results but the job board cuts the search time because they´ve already done that for you and then it’s up to you to simply pick your favourite!

Another reason to use a job board and my own favourite tool for job hunting: LinkedIn, is one that I realized very early on in my job search. The quality of job offers and companies is something we as job seekers often take into account less and less as our level of motivation for job hunting decreases due to the arduous process of finding a job, the application process which usually takes at least 15-20 minutes what with entering CV details, achievements, qualifications, reasons you want the job, why you´d be a good fit and on and on and on. Speaking of CV and LinkedIn, I recommend making sure they are properly updated and worth all the hassle. You might even consider using professional LinkedIn Profile Analysis services or CV makeover

Doing this over and over for so many jobs gets so draining, this is why I like job boards, only having to enter details once is an enormous time saver and so instead of spending an entire day searching for jobs and coming away demotivated and having the feeling like I´ve wasted the day, I could simply spend 10-15 minutes each day checking the website for new job offers that match my requirements.

As you can see from the various images in this article, the top English speaking countries are generally found in Northern parts of Europe in Scandinavia with almost three-quarters of the population speaking English!

While we have already discussed that Denmark, Norway, Sweden and Finland are some of the top English speaking countries, we shouldn’t forget that Germany and Belgium are very high up the list, with over 62% of the population in Germany being English speakers and 61% in Belgium!

The Netherlands beats even the Scandinavian countries to become a top English speaking Country with a whopping 72% of the country being able to speak English!

The figures get lower the further East we go for example here we can see that in Romania 31% of the population speak English while in Hungary the figure stands at a lowly 20%!

A popular destination for so many English speaking expats due to factors such as the wonderful food, weather and a different lifestyle to back home, we see here that in this region there are plenty of English speakers for us to converse with, however, the figures are not as high as places like Germany where almost three-quarters of the population speak English.

Countries In Europe That Speak English As An Official Language

THREE COUNTRIES speak English as an official language and they are all found around the Mediterranean in Southern Europe making them wonderful places to move to if you want to find an English speaking country.

So Which Countries are the top English speaking countries?

Malta, the smallest EU state is well known for its relaxed lifestyle, low cost of living and historical links to Britain according to gov.mt. Popular with many expats due to the numerous leisure activities such as diving to take advantage of the beautiful coast of Malta as well the nightlife and cultural events. Another bonus is that contrary to some other countries, obtaining paperwork to live in Malta legally is relatively straightforward for those of us from the EU!

Cyprus has a higher average salary and more English speaking residents than Spain as well as a plentiful array of jobs in the service industry, but more expats head to Spain than Cyprus... So what does this mean?

Whilst Spain is a wonderful place to live and English speakers are plentiful, if you want the sunshine and lifestyle of Southern Europe but to also be able to find an English speaker to converse with at work or at the bar, Cyprus could be an even better choice for you.

As more expats choose places such as France and Spain, Cyprus has less workplace competition and herein lies the opportunity for you! For example on the Europe Language Jobs offers page, an offer of a Marketing position in Cyprus has around half the number of applicants than offers of marketing positions based in Spain, so while English speaking jobs are plentiful across the continent, going to places with less competition but a thriving economy could be a great move for you!

Just a few other reasons Cyprus could become your number one choice of English speaking countries according to the team at ExpatFocus are low house prices, sunshine almost year-round, excellent quality of life in a relaxed atmosphere and interestingly in comparison with other parts of Europe: Cyprus has a low crime rate and good healthcare, sounds appealing right?

With a GDP per capita of £56,612, low unemployment and employee growth at a healthy 3.6% (information from Gibraltar.gov) it´s easy to see why Gibraltar will become an even more attractive destination in the future.

If you have a desire to experience the sun and relaxed lifestyle of the Mediterranean but still be around much of the U.K. culture, Gibraltar could be the best choice for you, being an English speaking country has led to an enormous influx of expats heading to Gibraltar, could you be joining them?

As you can see, there is a wide range of English speaking countries in Europe, from as West as Portugal to the enormous number of English speakers in Central and Northern parts of the continent to the less fluent East in Ukraine and Russia, your choices are in abundance and it’s just up to you to choose which one you prefer and which suits you desired lifestyle!

Malta. Gibraltar. Cyprus. These are the three countries for you if you are determined to find English speaking jobs in a country where you do not have to learn any other language and have a comfortable and easy way of life!

Doing presentations and speaking in front of a team is a part of every job position. Check out these top tips that will improve your presentation skills. 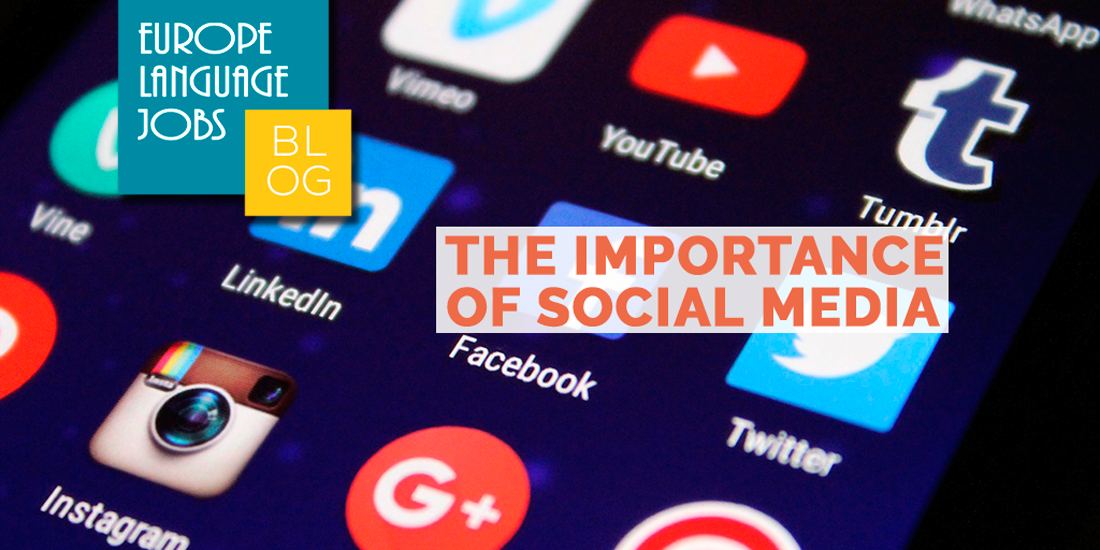 Is social networking important for Job seekers? Last year a survey done by Jobvite says yes it is!