The 8 Easiest Languages To Learn For English Speakers

The 8 easiest languages to learn for English speakers is often debated amongst multilingual people. Language learning is on the up and more popular than ever.

Across Europe, it is very common to have English as a second language – in fact wherever you go it seems like you’ll always find someone who speaks English to some degree.

As a result, the UK and other native English speaking countries like us, fall short of their European cousins when it comes to multilingualism. Being English myself, I feel like there is a kind of unspoken assumption that language learning is just too difficult a goal to achieve. Well, native English speakers - fear not. It is not as difficult as you think to escape the grasps of monolingualism.

In fact, it has become easier than ever with the huge increase in online resources available. Becoming multilingual is a great, and potentially free, way of increasing your employability and can help you have that edge over your competition when trying to find a job abroad.

As the world is becoming more globalised each day, many companies are looking to relocate abroad in order to expand into new markets. Therefore, it is vitally important that they employ native speakers in order to communicate effectively with clients.

The 8 Easiest Languages to Learn for English Speakers

For some, the desire to learn languages is always there, but they often find it is a very time consuming and difficult process. This is especially difficult when many languages seem so alien compared to English and are full of frustrating rules, irregularities, and genders that don’t exist in their native tongue. But with over 7,000 languages worldwide, are you really content with just speaking one?

Like the Netherlands, and much of Scandinavia, the English language is prevalent as most Swedes are exposed to English at a very young age, with 90% of them speaking English as a second language. If they can learn English so easily then Swedish must be an easy language to learn for English speakers.

Swedish, just like English, is a Germanic language. Both languages have a lot of vocabulary in common, for example, mus for ‘’ mouse’’.  At first, the pronunciation may come as a bit of a stumbling block, but once you get past the nine vowel sounds, you’re already pretty much half Viking.

Both languages follow the same Subject-Verb-Object word order which should come as a big help to English speakers.

To make things even easier, verb forms are normally constant, making it again very similar to English. Compared to Latin languages where you have to conjugate a verb for every person and tense, Swedish verbs are a doddle.

One of the three Germanic languages on this list, it should be easy for English speakers to get to grips with the basics of Dutch. Many people cite it as being somewhere between English and German, making it one of, if not the easiest languages to learn for English speakers. The language has 23 million speakers, in the Netherlands, regions of Belgium, Suriname, and even parts of the Caribbean.

There is an abundance of jobs for Dutch speakers, so learning the language will increase your employability. Dutch has also had a strong influence on how the English language is today, with a considerable amount of vocabulary coming from Dutch, more so than most other languages. For example baas in Dutch means ‘boss’ in English. Be cautious though, as many are pronounced differently even though they look the same.

The Dutch as a people tend to be very forthcoming in their language learning – take note of fellow Anglophones! Partly, this is due to the similarities shared between Dutch and other languages, and the fact that the English language is ever-present in their lives, through film and music in particular. As a result, they are not very resistant to adopting English words into their language. For English speakers this can be handy at times, as if you are missing a word in a sentence you can often add the English equivalent and most would understand.

Like Swedish and many other Scandinavian languages, Norwegian is one of the easiest languages to learn for English speakers. Like Swedish and Dutch, its speakers are often proficient in English and it can be a hard language to actually be able to practice at times.

There are around 5.2 million native speakers of Norwegian (a fraction of the 360 million native English speakers) being a Germanic language, it shares a lot of cognates with English, so again the basics will not be hard to grasp.

Fortunately, Norwegian does not require verb conjugation according to person or number, making different tenses very easy to learn. In addition, its word order does not differ to that of English.

Spanish – a Romance language – is a very popular language to learn, and one of the easiest languages to learn for English speakers. As the second most spoken language on Earth, it has huge global importance.

For English speakers, Spanish should be pretty easy to learn as both are derived from Latin, and therefore both languages have a lot of vocabulary in common for example, the Spanish word correcto means ‘correct’ in English. With only ten vowel sounds and the majority of words being pronounced as they are written, it should be easy to grasp the basics.

The main problem for English speakers is the number of verb tenses and rules which can get very confusing even for the most accomplished of multilingual people, although on a grammatical level it has fewer irregularities than the other Latin rooted languages.

English speakers will most likely have already received a great deal of exposure to the Spanish language, with it appearing in many songs, films and tv shows. The easiest way to practice is to learn Spanish online.

Why not test your Spanish here?

Like Spanish, Portuguese is also a romance language and has a lot of similar vocabulary to Spanish and English due to its Latin roots. If you already speak Spanish, then Portuguese should come very easily.

Although Portuguese’s nasal sounds and pronunciation can be difficult to an Anglophone at first, the rhythm of the language should be easy to follow.

Portuguese is a widely spoken language worldwide, with a total of 176 million native speakers. It is the official language of nine countries such as Brazil, Portugal, and Cape Verde.

What a beautiful language, so why not learn? Even though Italian is not spoken as much as Spanish, Italian has more than 60 million native speakers. The Latin roots allow English speakers to recognise words such as Lotteria ("lottery") and caffè ("coffee").

The best way to learn the language is to lean with FOOD! Italian cuisine has become a big staple of many Western countries including the UK, USA, Spain, and others, bringing a number of Italian words into our regular vocabulary.

You are probably very surpised at this point, but Indonesian has several qualities. Indonesian language is spoken by over 23 million people and is one of the few Asian languages that use the Latin alphabet. Surprised? So am I!

A lot of Asian languages can be very hard to understand/ learn or English speakers due to their writing systems, but not Indonesian.

Hopefully, our list of the easiest languages to learn for English speakers is proof that language learning doesn’t have to just be something that other cultures do. Language learning also has incredible effects on the brain and helps to keep Alzheimer's at bay, no matter what age you are.

Many languages have a lot in common with the English language. You can find the best resources for language learning here.

What is Translation and Localisation?

Translation is one of the careers most commonly associated with multilinguals. Given it's a sector that works directly between 2 or more languages, this will come as no surprise. However, many people 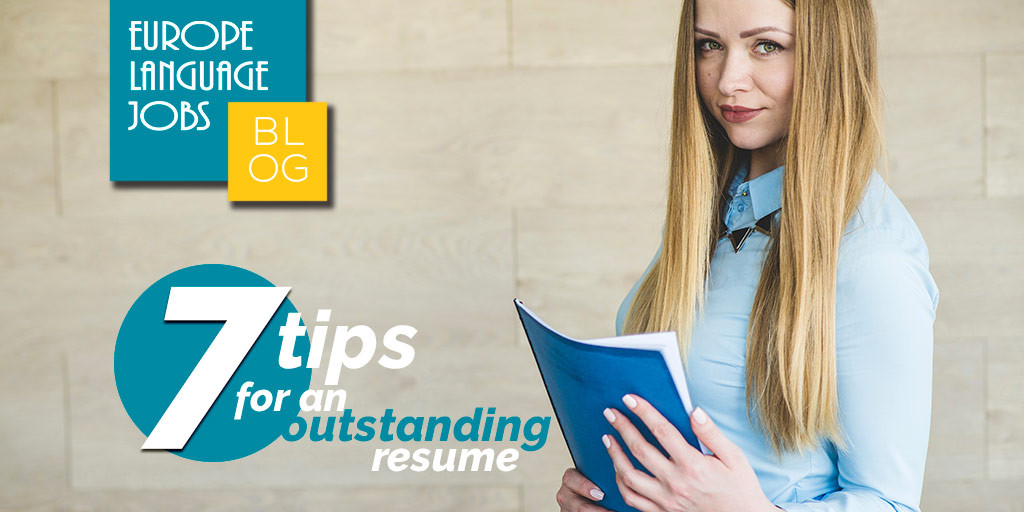 7 CV advice to have an outstanding CV