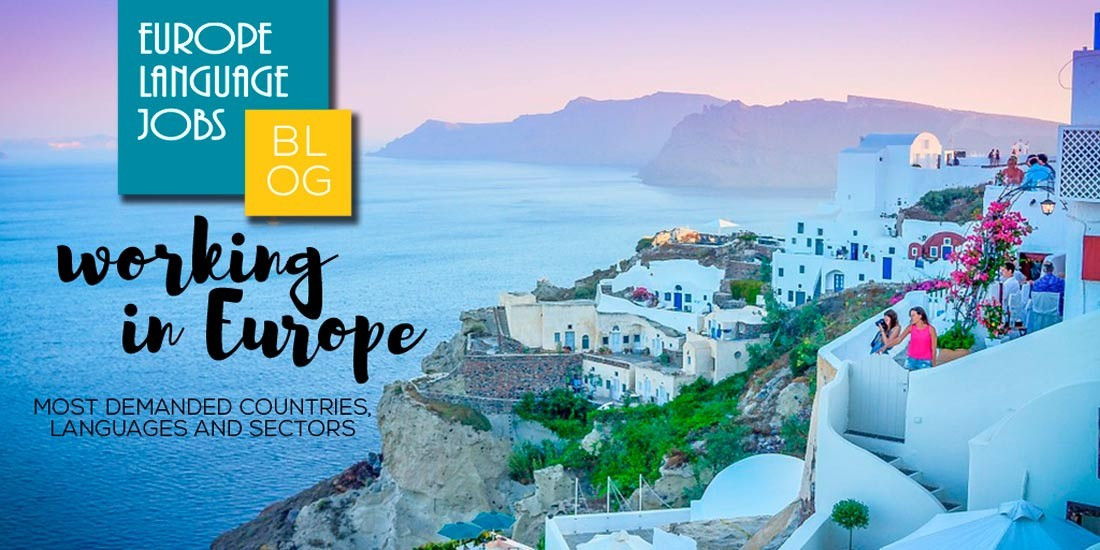 Working in Europe: most demanded countries, languages and sectors

What are the most demanded jobs in Europe? Which is the best country to work in for me? Which languages are required in my ideal location? Let us help you answer some of these crucial questions...

Perhaps you're looking for new opportunities, experiences, cultures or simply want to develop your language skills. Then, let me give you some advice: move abroad! The possibility of working abroad is not only very attractive but it's also never been easier.

Globalisation has made it possible -and necessary- for foreigners to fill exciting positions all over Europe. Companies are constantly looking for multilingual workers so taking the risk is becoming less and less, well... risky.

So here is some essential info on where to go and what kind of profiles companies are searching for.

Which countries are hiring the most in Europe?

Let’s take a look to the countries where more people are needed. After all, the higher the number of opportunities, the better your chances are of getting a job.

We can divide them roughly into three areas of Europe:

Maybe your dream job is in a sunny climate, near the beach and enjoying the Mediterranean food and lifestyle. Well, then now is the time to look for a job! There is a very high number of vacancies in Spain, Portugal, Greece and Malta, right now. These are the countries with the biggest amount of offers available in Europe Language Jobs database.  If you like the idea of a job in cities such as Barcelona, Athens or Lisbon, then look no further.

For those of you who would prefer to escape from the heat and the crowded Southern summer. Eastern Europe will bring you the peace, tranquillity and satisfaction you’re looking for. Countries such as Poland, Romania, Czech Republic or Bulgaria also have a large influx of vacancies. You can discover the awesomeness of old Europe while developing yourself and enjoying some of the most relaxed cheapest cities in Europe.

The classic choice when thinking about moving abroad – and still going strong! The United Kingdom and Ireland are always a good option: many European multilinguals are being recruited right now throughout the British Isles. Also, working in a country where English is the mother tongue may seem easier to get started, as well as a good way to perfect your English language skills.

But remember, just because you don't see your language in the image, it doesn't mean that there aren't jobs there!

Which languages are the most demanded?

Of course, you need to be aware of which language/s are required in the positions you’re applying to. The more languages you speak, the wider range of opportunities you have to choose from – but there are always opportunities, no matter what language you speak.

English is mandatory for the majority of positions in most European cities, nowadays. And if you speak German, many companies are looking for you right now! German speakers are required in huge numbers all over Europe. French, Dutch and Spanish are also very demanded languages, followed by Italian and the Scandinavian languages (Swedish, Danish, Norwegian and Finnish). Those are the most but, as mentioned earlier, that's not to say that they are the only demanded languages. 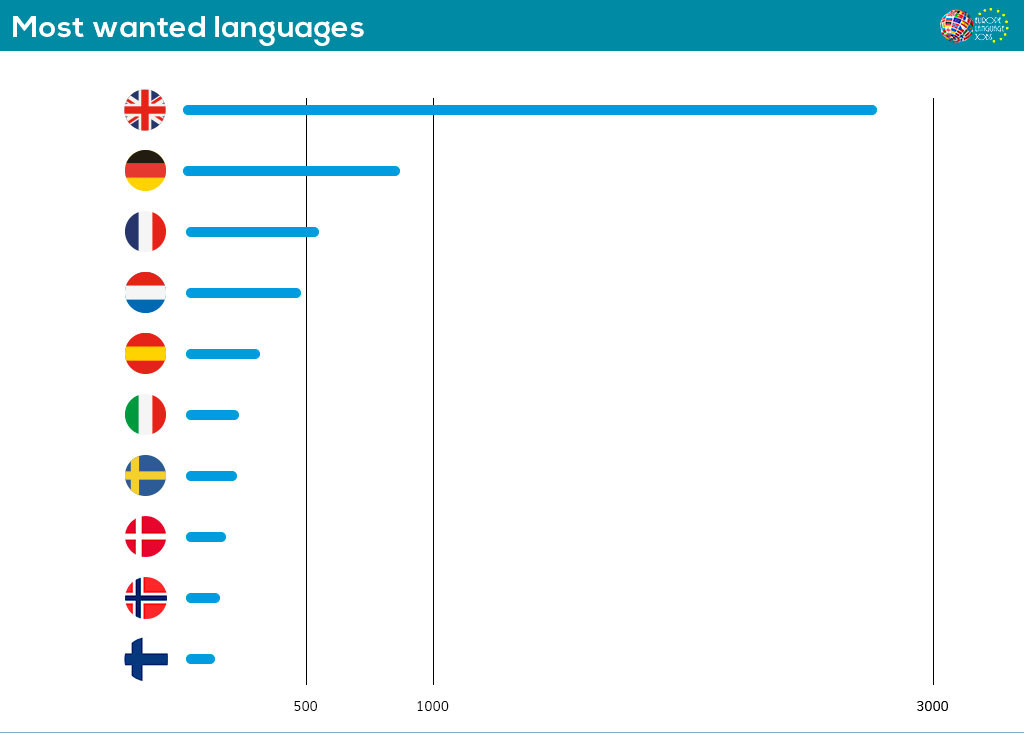 What kinds of jobs are being offered?

Of course, being qualified and specialised is a gateway to many possibilities. There are prospects in every sector but some of them hold more weight than others. Jobs in Customer Service are the most demanded ones. Multilingual Agents, Account Managers, Workforce Planners or Operation Managers are some of the most sought after profiles. IT offers many vacancies for multilingual candidates around Europe as well. This includes Technical Support, Software Engineering and so on… but also one of the most desired jobs ever: Game Testing! You can be surprised at the number of game testers with languages that are required.

Take a look at our gaming positions!

Also, Sales & Marketing and Shared Services & Finance are categories with a similar quantity of positions offered. If you’re specialised in one of these fields, you stand a good chance of finding a job. 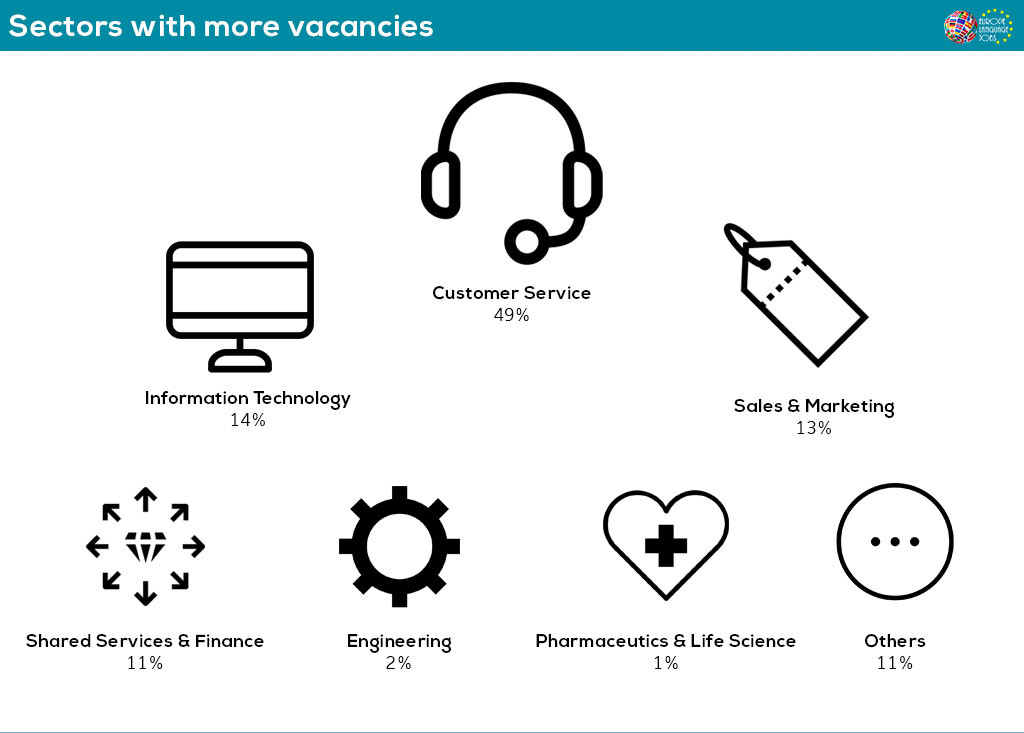 If your field hasn’t been mentioned, don’t be disheartened and give up, because there are jobs listed in a huge number of sectors.

You can check for yourself: find all the vacancies sorted by country, language or sector on the Europe Language Jobs website.

Registration is free and new companies are recruiting people like you for all around Europe every day.

We have hand-picked the most interesting statistics about languages. Do you know how many languages are spoken in London?. 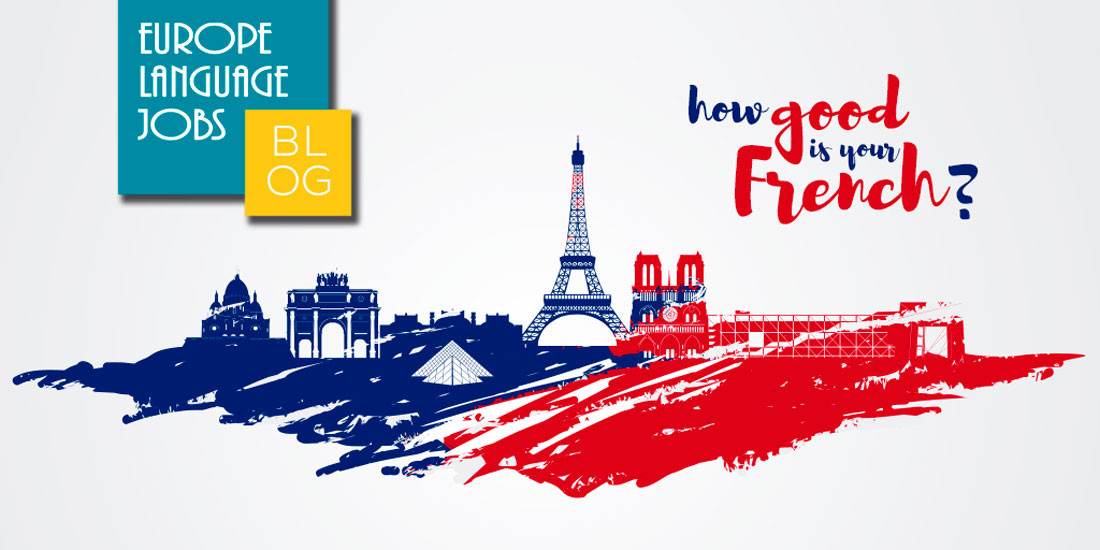 French test: how good is your French?

French, like English, is a leading language in the business world. Here you can take a quick test and find out how good is your French right away.